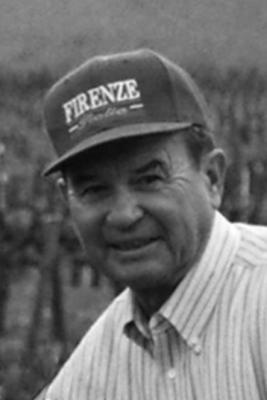 Obituary:
Harry Stanley Richardson passed away with his family at his side on July 2, 2016 at the age of 88. He was born in January of 1928 in Ukiah. He graduated from Ukiah high school in 1946, joined the US Army and served during the occupation of Japan. He worked for the County of Mendocino, Public Works Department and retired after 30 years of public service. After retirement he followed his true passion becoming a full-time rancher, running the family vineyard and part-time trucker during pear and grape harvests. He ran the ranch until the year 2000 when Parkinson’s Disease made that impossible.
Harry was happiest when he was outdoors: farming, hunting, fishing or riding horses (he would have loved to have been a cowboy!). He enjoyed Country Western music, rodeos, dancing, and a hearty homemade lunch. His favorite hunting and fishing spot was the cabin he built with his father in Midas, Nevada. There he spent many annual vacations with family and friends, looking for arrowheads and other Indian artifacts. We’ll miss his sense of humor and colorful descriptions of the world around him.
He is survived by his wife of 63 years, Verna, daughter Denise and son-in-law Woody Shackleton, son Glenn and daughter-in-law Kimberly, grandchildren; Courtney, Megan, Kyle and Drew Shackleton and great-grandson Bennett. He is also survived by his brothers Gene and Don Richardson also of Ukiah.
At his request, there will be no funeral. A luncheon will be held for family and friends at Barra of Mendocino, Saturday, July 30th from 12noon-3:00p.m. celebrating Harry’s life.
In lieu of flowers memorial donations may be made to The Michael J. Fox Foundation for Parkinson’s Research, P.O. Box 5014, Hagerstown, MD 21741-5014 (www.michaeljfox.org) or a favorite charity.

To order memorial trees or send flowers to the family in memory of Richardson, Harry Stanley, please visit our flower store.