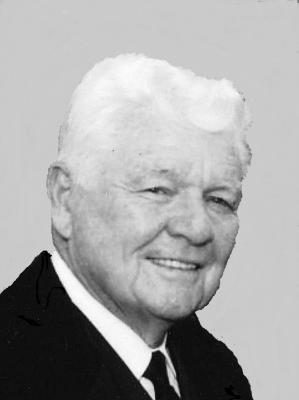 Obituary:
Robert F. Rinehart
Robert “ Bob” Rinehart passed away on March 8th, 2016 at his home in Rancho Mirage, California. A memorial service will be held on Monday April 18th, 2016 at 11:00AM at Eversole Mortuary in Ukiah. Following the service a celebration of life will be held at the Elks Lodge at 1200 Hastings Road in Ukiah. Bob was born December 15, 1926 in Berkeley, California. He attended and graduated from Berkeley High School and the University of California at Berkeley having played both basketball and football for the Cal Bears. He was the founder of Rinehart Oil, Inc. in Ukiah from 1959 until his retirement in 1997. He participated on multiple boards and was in leadership roles in business including the California Independent Oil Marketers Association (CIOMA), Pacific Oil Conference (POC), NOJC, PMAA and SIGMA. He was active in Ukiah community organizations including The Boys and Girls Club, Lions Club, Boy Scouts of America Mendocino Chapter, Cannibal Club, Tips Club, The Elks Lodge and the Wapeedies. He was instrumental in starting the Ukiah Lions Youth Football Program as its first coach as well as helping organize the Willits, Fort Bragg and Cloverdale Pop Warner programs. In addition, he served as the President of the Northern California Chapter of Pop Warner Football. He was one of the founders of the Ukiah High Boosters Club and served as its first President. He was passionate about giving back to his community mostly through youth programs and sports. He will be remembered for his strong will, tough exterior and soft heart. He was truly blessed in life, family and work. He will rightfully be missed by family and friends. He was preceded in death by his wife of 30 years Faye L. Rinehart. He was a father to Richard and (Carol) Rinehart of Taos, New Mexico, Ron and (Michelle) Rinehart of Folsom, California, Robin Rinehart of Citrus Heights and Reed and (Ginette) Rinehart of Ukiah, California. He is preceded in a death by his stepson Jeff Nichols. He was a stepfather to John and (Julie) Nichols of Beaverton, Oregon, Cindy and (Allan) Howa of Mesquite, Nevada, Lucy Nichols of Healdsburg, California, Betsy and (Mike) Salmans of Middletown, California along with 24 grandchildren and great-grandchildren. In lieu of flowers Bob would have liked it if you make a donation to the Boys and Girls Club of Ukiah.


To order memorial trees or send flowers to the family in memory of Rinehart, Robert F. "Bob", please visit our flower store.