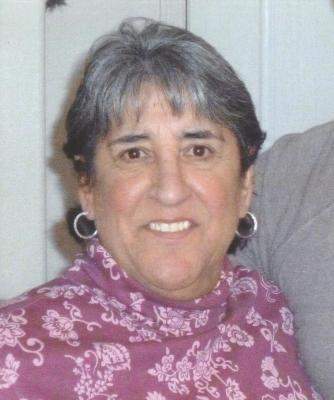 Obituary:
On March 24th, Maria Roach, went home to be with the Lord surrounded by her loving family at the age of 61. Maria was born on October 9, 1953 in the Azores Islands, Portugal to Jose and Maria Mello. Her family moved to Fort Bragg, California and she resided in Mendocino County for the last 50 years. Maria graduated Fort Bragg High school in 1973. In 1976, Maria married her best friend Timothy Roach. They built a beautiful home together filled with love in Ukiah and raised two children that they are very proud of.
Maria is known for many things. No matter where Maria went, her warm and loving smile drew people in. She always wanted to help others and was the smiling face at Luckys where she worked for the past 23 years. To her family and close friends, Maria was also known for her beautiful gardens and flowers that she was proud of. No one left Maria’s home hungry for she loved to cook and feed those she cared about. If you asked Maria if there was anything you could do for her, she would always reply, “Sure a million bucks and a trip to Japan.” Most of all, Maria loved her family very much especially her two granddaughters Gianna and Aubrey, who were her world.
Maria is survived by her husband Timothy Roach, daughter Elizabeth Lodigiani and granddaughters Gianna and Aubrey Lodigiani, son Christopher Roach and wife Shyla, sisters Julia Franco, brothers Jeff Mello and wife Debbie, Joe Mello, Albino Mello and wife Tracy, Horacio Mello and wife Melleny, Danny Mello and wife Peggy. Maria is also survived by her many nieces and nephews; Bryant Mello, Eric Mello, Sarah Franco, Ryan Franco, Brandon Mello, Preston Mello, Brandon McGregor, Amanda McGregor, Robert Elder, and Patty Marie Lundy as well as their spouses and children. Maria is preceded in death by her father Jose Mello, mother Maria Mello, brother Jerry Mello, and sister-in-law Linda Elder.
Public viewing will be held on Sunday, March 29th from 3-5pm at Eversole Mortuary with services to be held on Monday, March 30th at 11:00am at Eversole Mortuary, Ukiah. Pastor David E. Donnell will officiate and burial will follow at the Ukiah Cemetery. Memorial donations can be given in Maria’s name to the American Cancer Society.


To order memorial trees or send flowers to the family in memory of Roach, Maria, please visit our flower store.