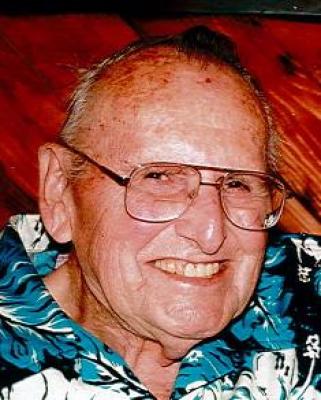 Obituary:
George Allan Roberts was born on September 10, 1929, to Allan and Lois Roberts of Lakeport, Ca. George was the eldest of four children and grew up on the farm purchased by his grandfather following the gold rush. In 1948, he married and started a family. In 1950, George began his long career with Masonite and moved his young family to Ukiah. George was the father of 6 children, 5 boys and 1 girl. He passed away on April 28, 2014 with family at his side. He was preceded in passing by his eldest son Larry Roberts, grand-daughter Keri Roberts, his sister, Ermanel and daughter-in-law Debbie.
Following his retirement George pursued his favorite past-times: traveling, gold panning, and restoring old clocks and watches and reading. He loved to hook up his fifth-wheel and hit the road, visiting old friends and making new friends along the way. He was always looking for another old clock or antique pocket watch to add to his collection. George was a hard working, neighborly man, generous and full of advice. He was a tough, proud father who softened and warmed as his grand children came along. He believed his children were his legacy and tried to be there whenever they needed him.
He is survived by his partner and best friend, Marita Patrick and Edgar the cat, and his extensive family, Carole Roberts of Idaho; Steve (Starr) Roberts; Jim (Debbie) Roberts; Michael Roberts all of Ukiah; Ken (Jeanette) Roberts of Roseville; Donna (Bill) Nash of Redwood Valley; 13 grandchildren and 14 great grandchildren; extended family Dorothy Tracy, Ginnie Reynolds, Jim Ronco, John (Julie) Kullman and family, and Gino (Becky) Ronco and family. George is also survived by his brothers Tom (Betty) Roberts; Ed (Pat) Roberts; brother-in-law Bill Evans; numerous nephews and nieces and many, friends.
Graveside service will be held in Ukiah on May 9, 2014 at 1:00pm. A gathering to celebrate his life will follow at 970 N. Pine St. in Ukiah. Memorial Contributions may be made to your favorite local charity.
Arrangements are under the direction of the Eversole Mortuary

To order memorial trees or send flowers to the family in memory of Roberts, Geroge Allan, please visit our flower store.