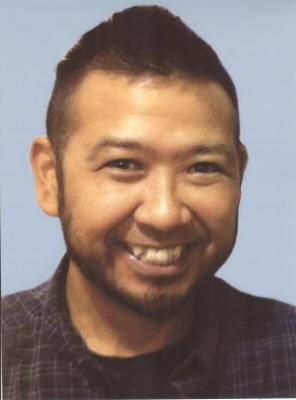 Obituary:
Richard “Rich” Borja Rodriguez, 38, passed away unexpectedly Saturday, December 5, 2015 at his home in Ukiah, Ca. as a result of natural causes. Rich was born in San Mateo, Ca. on May 1, 1977. He and his family moved to Mendocino County where he and his sister were raised by his parents.

Through everything that he had to struggle with, he always had a positive outlook on life. First going through chemotherapy for Hodgkin's Lymphoma at the age of 19. Ten years later Rich suffered a heart attack, which led to a complete heart transplant. Through it all, Rich was a true lover of life.

Rich is a graduate of Ukiah High School and attended Mendocino College where he showed his passion for hip hop dance and fencing. He will be truly missed by his friends and family including his co-workers and loyal customers at Starbucks where he worked for the past nine years.

Rich is preceded in death by his grandparents Richard and Madeline Healy and their daughter Yesmeen, and his grandparents Jessie and Matilde Rodriguez. Rich is survived by his foster grandparents Wanda and Gen Norton, parents Irene M. Rodriguez and Francisco “Frankie” C. Rodriguez, sister Matilde H. Rodriguez, great aunt Peggy, aunts Kathy, Janet, Patty, Lynn, Melanie, Cheryl, Ida, Margo, Mary, Jane, and Agnus, his uncles Alfred, Greg, and Edward, his numerous cousins, his girlfriend Christina M. Gomez, and best friends Jacob Clark, Andy Marsh, Ruark Swensen. Rich will be joined in heaven by his uncle, Joe Rodriguez who passed away December 7, 2015.
Rich will always be remembered for his great personality, positive demeanor and upbeat attitude and for always having a larger than life smile on his face.
A viewing will be held Friday, December 18, 2015 form 9 am until 8 pm with a service which will begin at 6 PM at Eversole Mortuary.

To order memorial trees or send flowers to the family in memory of Rodriquez, Richard "Rich" Borja, please visit our flower store.