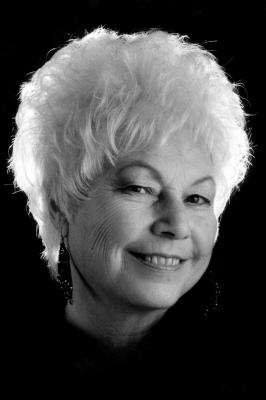 Obituary:
Janet LaRee Rogers passed away peacefully on July 2, 2021 at the age of 94, at home with her devoted husband of 25 years, Bob Rogers. LaRee (as she was known) was born in Logan, Utah on March 1, 1927 to Leroy and Sarah Keller.
She had a very vivacious personality and she was loved by her friends in every place she ever lived or visited.
She grew up in Logan where, along with her earlier education, she was a student at Utah State University. LaRee spent many years in Napa and moved to Ukiah in 1980. While in Napa, she attained her private pilot’s license and was very active in the community. She was in the Hospital auxiliary, the only 2- time President of Community Projects (a non-profit organization) and also owned a craft shop.
Once LaRee moved to Ukiah, she continued her community involvement. She was on the board in the early stages of the Symphony Orchestra and later as the guild president of the Symphony Orchestra. She was also on the ballet board and organized the 4th of July celebration for a few years. Also she managed the gift shop and was a docent at the Grace Hudson Museum. LaRee was well respected n the wine industry. She had the gift shop and poured wine at Parducci and also was behind the wine bar at Mount Konocti and Graziano wineries. She also was the Social Coordinator for the Mendocino Vintners Association where she coordinated wine tastings and judging’s. Many people knew her for the Angel Party that went on annually for 35 years. Over the years she gathered about 450 angels that she and Bob displayed at the Angel Party-she was the most wonderful angel of all! More recently LaRee became an honorary member of the South Ukiah Rotary.
LaRee is survived by Bob Rogers, Scott Jenson her son, her sister Ruth Shegrud, 3 grandchildren, 4 great-grandchildren and many nieces and nephews. She pre-decease by her parents, a brother and two sisters.
A service will be held at the Presbyterian Church (514 W. Church St.) on July 25th at 3:30PM, with a celebration of life memorial following at the Rivino Winery (Rivino Ranch Rd.) starting at 5:00PM. In lieu of flowers, donations can be made to South Ukiah Rotary Foundation; P.O. Box 1740 Ukiah, 95482.


To order memorial trees or send flowers to the family in memory of Rogers, Janet LaRee, please visit our flower store.