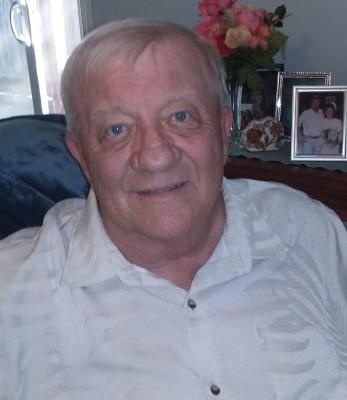 Obituary:
Our hearts were saddened at the passing of Donald E. Rones Jr. on January 30, 2021.
Don was born on July 20, 1946 in Burlington, CA. His family moved to Ukiah in 1952 and opened Rones Ice Cream, candy store. Don grew up here and through the years was a cub scout, played little league baseball, and a member of Ukiah Dolphins, but what he enjoyed most was playing golf which he was quite good at playing.
Don was a loving husband, father, grandfather, and great grandfather, AKA Papa Don to our extended family.
He was predeceased by his parents Donald E. Rones Sr. and Vivi Evers Rones, sister Pamela Rones, nephew Ryan Rones Dickey.
Don is survived by his wife Gwyn, and children Todd (Alicia) Rones, Michele Acevedo, Nicole (Scott) Book, extended family children Beth (Chris) Lewis, Ralph (Julie) Andrade, Ron (Melissa) Andrade, Cathy (Omar) Vegara, 14 grandchildren, 5 great grands, niece Melissa Galacia.
He also is survived by several cousins and many friends.
Don was a longtime member of Ukiah Mens Golf Association, a member of Ukiah High Alumni, Ukiah Elks Lodge, Mendo. Co. Retiree Assoc. and a Veteran.
Our deepest appreciation and gratitude to Dr. Wang and his staff for their compassionate and excellent treatment, and care of Don during his battle with cancer.
Our beloved Don is deeply missed by his loving family, many friends and golf buddies.


To order memorial trees or send flowers to the family in memory of Rones, Donald E., please visit our flower store.