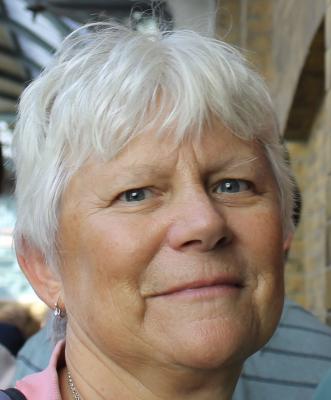 Obituary:
Pamela Rones, 66, of Ukiah passed away on November 29, 2015 in San Rafael, Ca. Pamela was born July 10, 1949 in San Mateo, Ca.
Pam was raised in Ukiah, moved away and returned 36 years ago. Pam attended U.C. Berkeley where she received her Masters. She was a CPA for many years in Ukiah.
Pam was most proud of her children and grandchildren and her MBA from U.C. Berkeley.
Her family will remember her as a kind, loving, caring, honest person who was involved in the community. She was always with her granddaughters.
Pam is survived by her husband David Dickey, daughter Melissa Galicia and husband Manuel, father Don Rones Sr. and wife Barbara, brother Don Rones Jr. and wife Gwyn, mother in law Janice Dickey, granddaughters Mia and Alexa Galicia, nephew Todd Rones and wife Alicia, nieces Michele Acevedo, Nicole Book and husband Scott. Pam was preceded in death by her son Ryan Rones Dickey and her mother Vivi Rones.
A memorial service will be held on Saturday, January 9, 2016 at 1:00 PM at the Eversole Mortuary.
Memorial donations may be made to Ryan Rones Dickey Memorial Fund or Grace Hudson Elementary Library.

To order memorial trees or send flowers to the family in memory of Rones, Pamela, please visit our flower store.