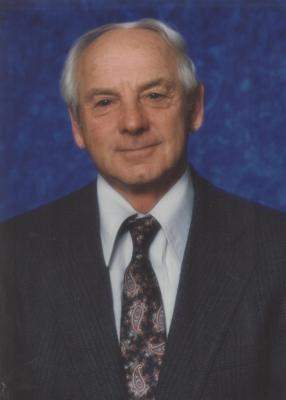 Obituary:
Robert Rosetti "Bob" at the age of 92 on April 3, 2015 passed away in Hopland CA.
Bob was born on August 25, 1922 in Hopland CA. where he lived and raised his family. He served in the Military during WWII, before returning to Hopland and meeting his wife Betty Sulivian.
Upon returning to Hopland he returned to the family farm. He was loved by all and loved spending time with family and friends.
Bob is preceded in death by his wife Betty and Daughter Debra. He is survived by his son Terry, grandson Kiel and granddaughter Kori.
Viewing will be at Eversole mortuary on Wednesday April 8th, 2015 from 12-8pm. Funeral services will be at 11am on Thursday April 9th, 2015 at Eversole Mortuary.


To order memorial trees or send flowers to the family in memory of Rosetti, Robert "Bob", please visit our flower store.