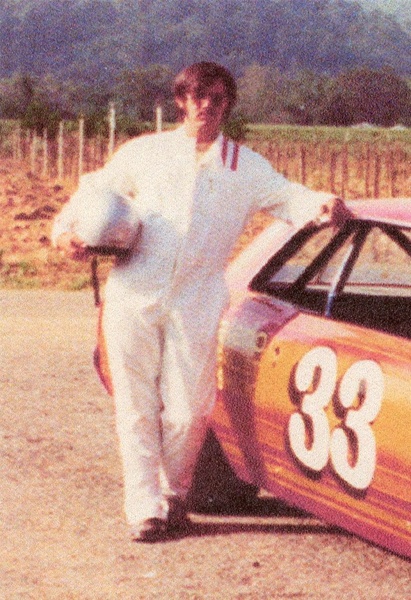 Ross John Dalerio, 65, passed away peacefully after a courageous battle with his health, while watching the NSACAR Race on Saturday, July 16, 2022. He was born in Fresno, California on February 1, 1957 to the late John and Annie Dalerio. Ross joins his heavenly home with those who passed before him including his sister, Carolyn McGrew, and his long-time racing buddy, Benny Chapman.

In his early years, and continued through most of his life, Ross and his dear friend Benny spent most of their days traveling the West Coast racing his cars from the 1970’s clear into the 1980’s. His parents were always supportive of Ross’s racing that they even sponsored his car with the Dalerio Pallet Shook organization. After meeting his first wife, Martha Youngblood, they gave birth to two wonderful children, John Dalerio and Joelyne “Joey” Knight. Ross, Carolyn and Leon would soon after partner together to take over the family business, “Dalerio Pallet Shook.” In his later years, Ross enjoyed mechanics and welding and always maintained his quick-whit and contagious sense of humor. In 1987 he started “Ross Trailers Manufacturing Business” which operated successfully for many years to follow between the Ukiah and Central Valley areas.  In 2004 he migrated back to live in Ukiah so he could be closer to his family. Upon moving back, he rediscovered his single most joy in his life; spending time with his grandson, Ross. Spending time with his grandson would always be the highlight of his day. The two would do everything together, even If it was simply taking a ride on the tractor.  A few short years later he was able to reconnect with his high school sweetheart, Kristina Minoletti. The two fell in love and were married soon after. Ross was eventually blessed with two more grandchildren, who he loved immensely, Brooklynn and Ryan Knight.  The family finds comfort knowing that Ross and Benny are finally in the winner’s circle together again. Ross will truly be missed and cherished in the hearts of those who knew and loved him.

A Celebration of Life Service will be held at 11:00am on Saturday, August, 13, 2022 at Vinewood Park in Ukiah, California.

To order memorial trees or send flowers to the family in memory of Ross John Dalerio, please visit our flower store.