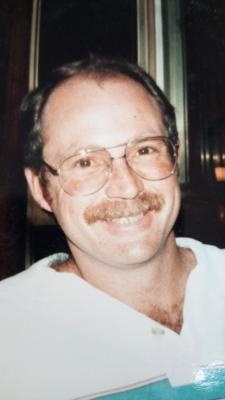 Obituary:
Nicholas Ray Rotermund, 67, of Ukiah, California, passed away due to complications from cancer at the Ukiah Adventist Health Hospital surrounded by his family on February 17, 2019.
Nicholas is survived by his son, Cody Rotermund, his mother Geraldine Rotermund, sisters Sally Rotermund, Jo Cook, and Teddi Rotermund, brother Tim Rotermund, grandchildren Haiden and Chloe Rotermund, and many loving aunts, uncles, nieces, nephews, and cousins. Nicholas was preceded in death by his father Anton Rotermund and brother David Rotermund. Nicholas was a loving son, brother, uncle, nephew, cousin, father, grandfather, and friend to all.
Born September 19th, 1951 in Corpus Christi, TX to Anton and Geraldine (née Ellard) Rotermund, Nicholas was the eldest of six children. Nicholas was a member of the U.S. Coast Guard during the Vietnam War and later had a full career as an Alameda County Deputy Sheriff, from which he retired. Never being content with retirement and always enjoying meeting new people, Nicholas continued to work for several employers as a bus driver and eventually as a member of the security department at Mendocino College, where he was able to meet and talk with people of all ages and backgrounds as well as attend classes to satisfy his love of learning.

An eager and enthusiastic reader and scholar, Nicholas would spend hours studying and discussing science, religion, spiritualism, and how it all might fit together in our universe. Along with his voracious appetite for knowledge, Nicholas had a deep love of music as both audience and a drummer, playing music with friends and for church functions over the years.

Those who had the good fortune to know Nicholas knew him as kind and generous, with an inquisitive open mind and a loving heart, always eager to lend a hand or an ear without needing to be asked. His contributions and genuine compassion are terribly missed by all.
A special thank you to Nicholas’s Uncle and Aunt Don Lee and Loretta Ellard, his brother Tim and family, and his sister Sally for their dedication and support during the final few months before Nicholas’s passing. The family would also like to thank Calvary Way Church in Ukiah for their generosity and accommodations during this difficult time.
A potluck celebration will be held at the Calvary Way Church Annex, 3601 Tollini Lane, Ukiah, California 95482 on March 16th at 1:00 PM.

To order memorial trees or send flowers to the family in memory of Rotermund, Nicholas Ray, please visit our flower store.