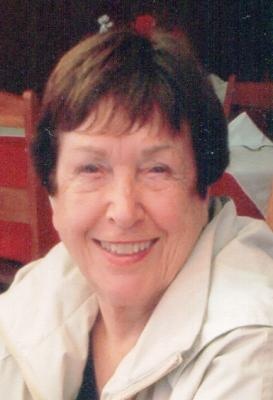 Obituary:
Mildred "Kay" Kryder Sause passed away on July 28, 2014 having celebrated her 94th birthday the previous Monday. She had been living at the Mountain View Senior Living Community for the past year.

She grew up on an orange ranch in La Verne California, and graduated from Wheaton College in Illinois in 1945. She then joined the Foreign Service which sent her to many parts of the world, including Berlin in 1945, Paris, Laos and Nigeria.

When a friend died suddenly in 1965, she became the guardian of her daughter Barbara. Much later, she was a doting grandmother to Barbara and Jack Regan's three children, Mathilda, Mathias and Gabriella.

In 1967 she married Oliver Sause, the Director of the Regional Office of Central American Programs (ROCAP) for USAID. They lived in Guatemala City where Kay hosted many diplomatic social events. She also did volunteer work in a rural clinic there for many years.

When Oliver retired in 1985, they moved to Redwood Valley. Oliver became well-known for his talent in bridge-playing circles. As a long-time member of the American Association of University Women, she shared many slides of her foreign travels at their meetings. She was an exceptional photographer, and had wonderful stories to tell. She was also a regular volunteer at Ukiah Valley Hospital, distributing flowers and magazines to the patients. Kay joined the Community Concerts Board, and often acted as hostess to the musicians before the concerts. A good friend summed her up as "classy, stylish, firm-minded". She was also kind, generous, and lots of fun.

A widow since 2003, Kay is survived by her sister Muriel Flynn of Washington, her brother Charles Kryder of Reedley, California, and the Regan family.

At Kay’s request she will be cremated and there will be no services. Memorial gifts may be made to the scholarship fund at the American Association of University Women, Ukiah Branch, PO Box 1626, Ukiah, CA 95482

To order memorial trees or send flowers to the family in memory of Sause, Mildred "Kay" Kryder, please visit our flower store.