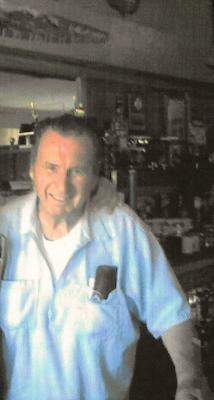 At his request no services will be held for Ted Schamber of Ukiah who passed away on Wednesday, December 16, 2015 with his family by his side. Born May 1, 1929 in Petaluma, he married Carol Stutsman in June of 1959 and has resided in the Ukiah area for the past 60 years. He was the proud owner of the Water Trough, served in the National Guard, was a member of the Ukiah Lion’s Club and enjoyed hunting. He was very proud of his family. His favorite quote, “Son of a B****”
Ted is survived by his wife Carol Ann Schamber, daughter Valerie L. Schamber, sons Rick and Brian Schamber, sister Betty (Schamber) McIntire, grandchildren Jessica McVeigh, Ben Hamilton, Adia, Alyssa, Breanna, Marisea, Shelbee, Kasadee Schamber, Holly Smith and three great grandchildren. He was preceded in death by parents Kurt and Margaret Schamber, Johnny and Bill Schamber and Jean Dyer.
Eversole Mortuary is in charge of arrangements.


To order memorial trees or send flowers to the family in memory of Schamber, Theodore (Ted) Arthur, please visit our flower store.