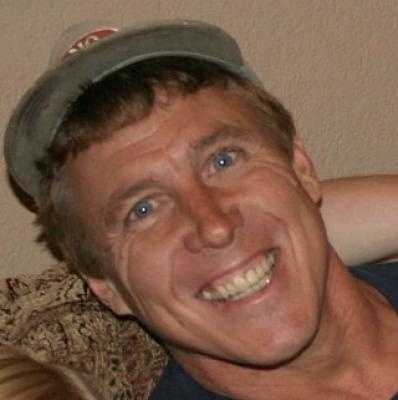 Brian was born in Southern California to Reyer (Jack) Schat and Nancy Schat (Husted) on February 24, 1961. As a child, he was a precocious little boy with a sparkle in his eyes and mischief in his soul. As Brian grew older, he never out grew his child-like delight in playing pranks and causing mayhem. It was because of that, Brian quickly earned the nickname that would stick with him through his entire life…WILD CHILD!

Brian started working in the family bakery as a very young boy and truly started from the ground up. His first duties included scraping and cleaning the floors, mixers, and scrubbing pots and pans. It turned out that he had the Schat Baking Gene, and was soon baking alongside his father.

Brian’s work would take him to various parts of California. For periods of time he worked the family business in Lompoc, Santa Barbara and, for an extended period of time, in Bishop. It was in Bishop where the full force of Brian’s personality would come into its own. No matter where Brian worked or spent time, he made a lasting impression on those he was close to.


During his youth, Brian spent every summer up in Quincy, Washington living and working with his grandparents. He learned to drive tractors and how to do all the jobs involved in a big apple orchard. He and his grandfather spent a lot of time playing horseshoes and fishing. It was a special time, which created many memories for Brian.

Brian moved to Ukiah in 1991 and, along with his Brother Zach, opened Schat’s Courthouse Bakery and café. This popular and local business still operates today, some 27 years later and has become a staple in the community. While living in Ukiah, Brian quickly became known around town for his constant shock and awe personality. His personality was infectious. People loved him, they laughed with him, and they just truly loved his unpredictable way of being.

Brian loved the outdoors and spent his time sharing that love of hunting, fishing and camping with his children while they were growing up. Those occasions left them and many others with some great stories to tell. With his love for nature came a love for animals as well. He had many different critters running in and out of his house over the years, including boa constrictors, bullfrogs, hawks, owls, foxes and a fawn, just to name a few. There was never a dull moment at his home.


Above all else, Brian’s first love was his children. They were truly his pride and joy, and any moment he could, he would take the chance to brag about them. He was a very proud Dad and loved them with his whole heart. His unconventional and unique style in raising his kids left them with the ability to never be shocked at what life throws their way. He raised tough, beautiful, and smart kids who will carry his tenacity and his zest for life into the future.


Brian is survived by his children, Brianna, Buck, Kameryn, Karine, Josh, Tyler, Rachel, and Ryan. His sister Valerie and his brother Zachary. His nephews Josh, Jake and Luke and Niece Kate. And his grandchildren, Trace, Adan, Danaya, Raegan, Khaley, Londyn, Ryker, Asher, and Lyric. Preceded in death by both his Mother Nancy Sue and his Father Jack.

Brian will be in our hearts and memories forever. He lived, laughed and loved like no one else.

We will be having a celebration of life on Monday April 30th, at 3pm, at the Ukiah Elks Lodge. 1200 Hastings Rd. All of his family and friends are welcome to join.

To order memorial trees or send flowers to the family in memory of Schat, Brian Daniel, please visit our flower store.