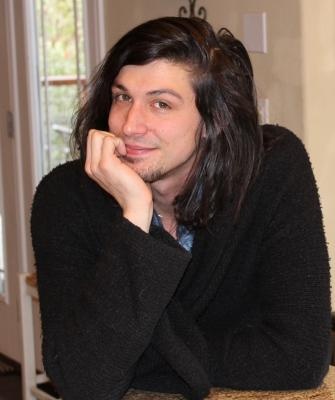 It is with the greatest sadness that Heather Petersen and Jeff Schueller announce the sudden and unexpected passing of their son Calin Jeffery Schueller, Jr. on October 15, 2020, at the young age of 28 years old.

Calin was born on December 23, 1991, in Santa Rosa, California. As the firstborn of his siblings, and the firstborn grandchild of his family, he immediately became the pride and joy of everyone around him. Calin attended Frank Zeek Elementary School, Eagle Peak Middle School, and Ukiah High School. He was chosen to participate in the G.A.T.E. Program due to his high IQ. Calin was constantly challenging his brain with his love for computers and was a voracious reader. Calin played little league baseball, high school football, and basketball which was both his favorite to play and to watch. Basketball season was one of the only times you could find him in front of the TV cheering on his favorite team the Warriors. Calin developed a love for listening creating and playing music, He loved to play the guitar, and keyboards which led to his real passion for producing his own music. Although he took a few music classes throughout the years he was mostly self-taught.

A few years after high school Calin moved to the Bay Area and finally settled in Oakland, California where he started working in the restaurant industry and developed a passion for food.

While living in Oakland Calin was able to find himself musically and expand on his already eccentric style and personality. To know him was to love his unique way of dressing and his spiritual outlook on life. He was a gypsy soul who loved attending music festivals. Calin had the most contagious personality. He had amazing confidence in himself while still being humble. He was very well thought with his words, delivering everything he said with meaning. He is remembered by many for being compassionate, charismatic, personable, and well-mannered. Calin had a smile that lit up a room. If he wasn't making others smile from his smile alone, it was from his multi-leveled sense of humor.

In March of this year, due to the Pandemic, Calin was able to come back to Ukiah to live in the family home. He spent his days hanging out with his sisters and doing the things he loved; producing music, playing video games, spending his time in what he called his "oasis" (the family backyard).

Spending time with family was important to Calin. Family time included talking politics with his sister, mom, and stepdad, having deep conversations about current events, cooking new recipes with his mom, gaming with his sisters and friends, and celebrating quarantined birthdays. These are the memories we will cherish greatly.
Calin was a true deep thinker with a lust for life and all it had to offer but family came before everything.


To order memorial trees or send flowers to the family in memory of Schueller, Calin Jeffery, please visit our flower store.