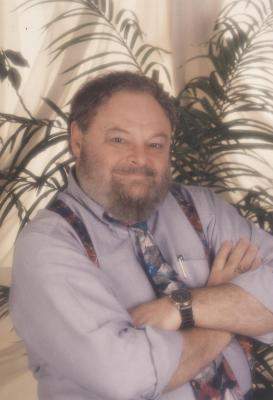 Sinet M. (Chuck) Simon, co-owner of 5LP, Inc. Insurance & Investments, died suddenly of heart failure while in Las Vegas where he was attending a conference and spending time with his wife and business partner, Linda.
After graduating from Emory University in Atlanta, Georgia and serving as a Medical Information Officer in the US Air Force, Chuck moved to California. He began his insurance career in 1969 with Prudential Insurance Company and was their San Francisco Bay Area Agency Manager until he resigned to develop his own brokerage.
In 1985 he moved to Tucson, Arizona. It was in Tucson where he met Linda through a business club. In 1986 they started 5LP, Inc. then in 1992 they married and moved to Ukiah.
Some of his many licenses/designations include: California & Nevada Insurance broker; Registered (Securities) Representative (NASD); California Real Estate Broker; FAA Commercial, Multi-engine, Instrument, Airplane & Helicopter Pilot; National Interscholastic Athletic Association- Certified Baseball Umpire.
Chuck had a huge personality and when he entered a room, everyone knew it. He loved meeting people and hearing all about them. He kept in contact with friends and was always inviting them to join him on his adventures through life. He was also an avid believer in community service. He was a 48 year member of Mill Valley Masonic Lodge and San Francisco Scottish Rite Shrine Temple as well as a Past President of the Pomo Shrine. Other community affiliations include: Leadership Mendocino – Class V; Mendocino County LAFCO; Mendocino County Airport Land Use Commission; Ukiah Airport Commission; Mendocino County Grand Jury; Mendocino, Yolo and Marine Counties Sheriff’s Aero Squadron; North Coast Chapter (California) Association of Health Underwriters (Past President); Federal Aviation Administration (FAA) – Aviation Safety Counselor; Arizona State Board of Tax Appeals; Pima County (Arizona) Justice Courts Small Claims Division – Judge.
Chuck was preceded in death by his parents and two sisters. He is survived by his wife Linda; daughter Sharon Mazzina (Tim); grandson Anthony Mazzina; son David Simon; sister Lillian Rachel Simon-Hawkins (Pete); step-mother Anne Simon; step-daughter Sherrie Kelley (Tom); many cousins, nieces, nephews, and Linda’s extended family.
A Memorial and Celebration of Life will be on Monday, August 18, 2014, at 2:00 p.m. at the Mendocino Lake Clubhouse, Lake Mendocino Drive, Ukiah, CA. In lieu of flowers, donations can be made to Shriners Hospital for Children or a charity of your choice.
Eversole Mortuary is in charge of arrangements.


To order memorial trees or send flowers to the family in memory of Simon, Sinet "Chuck", please visit our flower store.