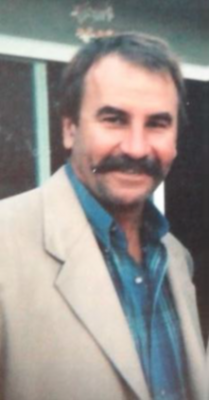 Visitation Information:
Jeff’s children will be hosting a memorial and celebration of life for friends and family on October 2, 2021, at The River Ukiah 295 Brush Street, Ukiah, CA 95482 service begins at 2:00 pm.

Obituary:
Resident of Ukiah, CA Jeffrey Morris Simpkins went to be with the Lord at the age of 68 years old on Monday, September 13, 2021. Jeff’s health has declined over the last several years after a few minor strokes. He was living in Ukiah near his daughters and cared for by a skilled nursing facility. He enjoyed watching the birds outside of his window and spending time with family anytime he could. He suffered more health adversity during the Covid pandemic, and family visited when it was possible. After a quarantine of covid he had low oxygen and suffered a cardiac arrest. Jeff was born in Opelika, Alabama March 18, 1953, is predeceased by his parents James and Velma (Ferguson) Simpkins, his brother Jim Simpkins, and son Jacob Lee. Jeff is survived by his children Jennifer (Mike), Jamie (Brian), and Jarrett. Additionally, survived by his grandchildren Caitlin, Seth, Jakob, Abigail, Juliet, Emily, Bryn, Sadie, soon great-grandchild Kaiden and finally his mom’s brother, Uncle Bill (Jeri) Ferguson. Jeff grew up in a loving home with both of his parents and brother. He would say he was the one who lived more on the edge. Jeff graduated with a high school diploma from Sequoia High School and met his children’s mother, Connie at Calvary Baptist in Redwood City. Shortly after they were married in 1974 and started a family. He worked many years as an oil and energy professional for Tosco and Chevron Corporation throughout the state of California. Jeff spent his earlier years as a father teaching others including his children (and eventually grandchildren) how to swim, with the reward of Swedish Fish on hot summer days; he also enjoyed taking his family fishing and camping. Later in life, he moved from Bakersfield to the Central Coast of Santa Maria where he was remarried to Diane. He was passionate about learning more about human anatomy and got certified in massage therapy in 1992; eventually owning his own business, Soft Shoulders Ahead. This allowed him to do what he loved, connect with people and travel. Jeff wanted to travel the world and he talked about it often! No matter where he lived, he always enjoyed working with his hands, whether it was on the house, on a car, in the garden, or BBQing Santa Maria Style Tri-tip with family and friends. Some other hobbies of his were birdwatching, horse racing, rooting for the Raiders no matter if they were in Oakland or Vegas and no matter if they were winning or losing! He also loved the ocean...water of any sort really, as he had a water fountain and pond in his last home. His favorite TV show was MASH, and he watched it along with Andy Griffith often in the last five years, a bit nostalgic for him. Papa was how his grandchildren knew him; he loved his family deeply. When he talked of his children, he would beam up with pride and often tell them how proud of them He was. He also got choked up every time he talked about his grandchildren. Most people will remember Jeff as a hardworking, attentive, humorous, loving, and grateful person to have around. He had Jesus in His heart and we all look forward to seeing him again one day as father, papa, uncle, friend, cousin, and nephew! Beloved and blessed with a family who will remember him in his best days.

To order memorial trees or send flowers to the family in memory of Simpkins, Jeffrey Morris, please visit our flower store.