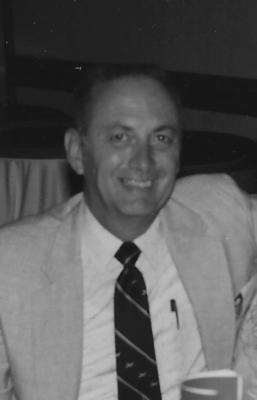 Obituary:
Robert Paul Sloan passed away at Ukiah Valley Medical Center, surrounded by his loving family on November 30, 2014, at age 82. Bob was born Feb. 7, 1932, in Charleston West Virginia. He was an airplane mechanic in the United States Air Force during the Korean War. After leaving the military, Bob worked as a mechanical engineer as well as working on the very first moon shot, for NASA. A few years later he started his own company, American Engineering Designs. Besides being a very hard working man, Bob had a love for airplanes. He was a private pilot for many years. He was also a lover of animals and would never miss a holiday donation drive to drop off food and blankets to the local animal shelters. He really enjoyed his yearly trips to Kauai, with his wife Wanda, whom he was married to for 64 years. Bob and Wanda met in high school in West Virginia and moved to California in 1961. Bob was preceded in death by his parents Fredrick and Leona, and siblings Mary Francis, William, James Edward and Fredrick Joseph. Bob is survived by his wife of 64 years, Wanda, sister Charlotte Nagy (Bill), sons Robert P. Jr. (Nicky), Jeffrey (Janet), his granddaughter Jessie, grandson Nikolai and his very best friend Jake (his black lab). Private services were held Friday morning at Eversole Mortuary, in Ukiah. Memorial service for friends is to be held in February, 2015. The family wishes for memorial donations to be made to the Inland Valley Humane Society of Mendocino County.

To order memorial trees or send flowers to the family in memory of Sloan, Robert Paul, please visit our flower store.