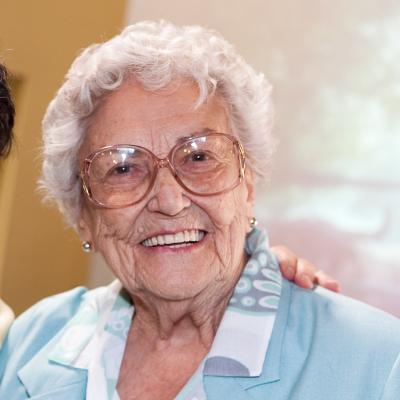 Obituary:
SMITH, Billie Lee, 86, of Ukiah.
Educator, mother, grandmother, great-grandmother, wife, raconteur, role model and overall pillar of the Ukiah community; beloved spouse of William F. Smith, mother of Kevin and Bradley of Carlsbad, CA, and Douglas of Berkeley. She was preceded in death by her daughter Leslie Elias of Grass Valley. Billie died April 8th surrounded by loved ones at her home overlooking the Ukiah Valley.
Billie was a go-getter and her innumerable contributions to the communities of Mendocino County over her 63 years in Ukiah positively affected a great many, perhaps most notably during her 22 years as an elected Member and President of the Mendocino College Board of Trustees. Billie served from the years of the College’s establishment in the early 1970s through the completion of its beautiful 127 acre campus on a hilltop north of Ukiah, attended by thousands of students advancing their lives, in part thanks to Billie’s dedication and belief in its value to the community. Mendocino College is now an indispensable link in the state’s system of higher education and a cultural hub for the Redwood Empire. She happily toured the college's grounds until very recently.
Arts, education, and community were her passions. An alumna of San Jose State, Billie was always on the lookout for ways to participate in California's cultural offerings. Among her service contributions, she was a founding member of the Sun House Guild, helping to preserve and create the Grace Hudson Sun House Museum; a Director of the Mendocino College Foundation; a Director of the Mendocino County Historical Society; participated in the Ukiah Fine Arts and Cultural Commission and the Ukiah Parks and Recreation Commission. She was a founding chairman of the Yokayo Pool & Racket Club Committee, the Ukiah Golf Club Party Niners, and a committed member of many decades in the Philanthropic Educational Organization (PEO) Sisterhood. In addition to all of this, Billie devoted 12 years to the Ukiah School District as a do-it-all teacher at Pomolita Middle School.
Her innate can-do approach to life and civic spirit propelled Billie into leadership positions, all meant to benefit the local community, improve lives, and inspire others. She did all this while raising a sizable extended family that included many surrogate children, and tending a vast menagerie of household pets, which included horses, the occasional deer, chicken, goat, lamb, or pony.
Billie was a descendant of early pioneer ranchers who arrived in California prior to the 1848 discovery of gold, and whose names adorn many places on modern maps of Sonoma, Nevada, and Placer Counties. She was born and raised on an apple ranch in the Gravenstein orchards near Sebastopol, and lived her life as an avid outdoorswoman who could often be found atop water skis, walking timbered trails, hopping horse corral fences, swinging a golf club, and cooking for her family on the shores of Lake Shasta or with the "Wandering Wapitis" on Rockport beach. Although in her last years her pace slowed considerably, her spirit and curious mind never faltered and obscure Jeopardy responses stayed well within reach to the end.
Billie is survived and dearly missed by her husband of 66 years Bill, with whom she shared a long, happy retirement and frequent travel adventures, her three sons, seven grandchildren, five great-grandchildren, and countless beloved lifelong friends. A memorial service is planned for 12:30pm, May 7, 2016, at the Ukiah Elks Lodge, 1200 Hastings Road. In lieu of flowers the family encourages memorial gifts to the Mendocino County Historical Society or Mendocino College Foundation Scholarship Program.


To order memorial trees or send flowers to the family in memory of Smith, Billie Lee, please visit our flower store.