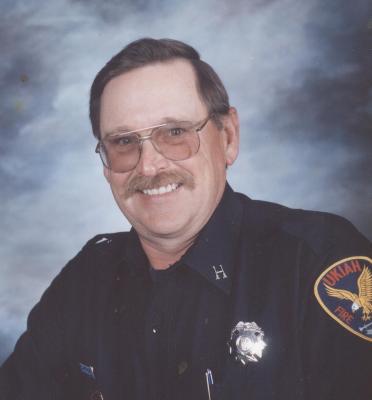 Obituary:
Gary Hudson Smith, age 62, of Ukiah lost his valiant fight with cancer on August 25, 2016. Gary was born in Sacramento, Ca to Myron E. and Lorlene Smith. He was the second of four children. The family settled in Red Bluff, California where Gary attended Antelope Elementary School and graduated from Red Bluff Union High School in 1971. Upon graduation Gary enlisted in the U.S. Army from which he was honorably discharged.
Upon discharge from the U.S. Army he returned to Red Bluff and served as a Tehema County Deputy, patrolling the Sacramento River. He was also seen helping his parents at Foster Freeze on Main Street. He then went to work for Lloyd Smith Marine as a mechanic. With the closing of the boat shop, Gary moved to Ukiah, California and worked security at Masonite Corporation. He soon returned to his fascination with motors and became a mechanic at Jim Lee Firestone. There were to be two more changes for Gary. An opening for a garage mechanic caught his eye and soon he was turning wrenches for the City of Ukiah. Gary eventually transferred to the Waste Water Treatment Plant as a mechanic. He also earned his Waste Water Treatment Certificates to Level 5, and worked as a Sr. Operator/mechanic. Gary continued to work for the City of Ukiah for 25 years until his diagnosis.
Gary served as a Volunteer Firefighter for the Red Bluff Fire Dept. 6 years and the City of Ukiah for 14 years, earning the rank of Captain. Gary was active with the Boy Scouts of America, not only as a scout himself, but as a Scout Master for Troop 75, helping Eagle 9 Scouts, including his son, Grey Wolfe-Smith. He was also a member of the Elks (BPOE) both in Red Bluff and Ukiah and belonged to Post 92 of the American Legion in McCloud; Gary volunteered for the Kiwanis Club Annual Crab Feed for 6 years as a cook. He knew the importance of helping others, he was very handy, and Gary could build anything. He volunteered time helping with set construction for Willy Wonka at the Ukiah Players Theater as well as SPACE. Gary enjoyed many years of camping and abalone diving as well as spending time at their beautiful property in McCloud that he and his wife put a home on and would escape to many times a year.
He is survived by his wife of 30 years, Kathie L. Smith, Ukiah; son, Shawn (Heather) Wolfe, Cloverdale; daughter, Suzanna (Guy) Mills, Ukiah; son, Grey Wolfe-Smith, Ukiah; granddaughters Bailee and Ashley Mills and Keori Webb, grandsons Chauncey Mills and Tanner Webb, Ukiah, as well as 1 niece, 5 nephews and 16 grand nieces and nephews. He is also survived by his mother, Lorlene Smith, Ukiah; sisters Lynn (David) Kirch, Ukiah; Terry (Lafe) Kincaid, Red Bluff, brother, Bruce (Monica) Smith, Ukiah; and mother-in-law Elva Jackson, Ukiah. Gary was preceded in death by his father Myron E. Smith.
Per his request there will be no services. The family will gather in remembrance on October 1, 2016 starting at 1 PM until 4 PM, 1138 Marwen Drive, Ukiah. The family invites those who would like to remember Gary to join them. Memorial contributions may be made to Ukiah Players Theater and/or Cancer Resource Center, Ukiah.


To order memorial trees or send flowers to the family in memory of Smith, Gary Hudson, please visit our flower store.