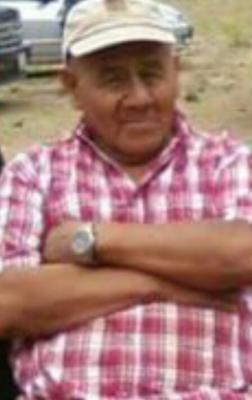 Obituary:
Roger David Smith, Sr. of Hopland was born on November 11, 1936. He passed away on February 20, 2015 in Ukiah, CA. Roger is preceded in death by his loving parents Ellrick Smith and Hazel Elliott-Smith, daughter Deanna Smith, and granddaughter Paula Smith. He is survived by his sister Pearl Jackson of Pinoleville, daughter Polly Juarez of Hopland, son Roger Smith, Jr. of Nice, ten grandchildren, seventeen great-grandchildren, and numerous nieces and nephews. Viewing will be at his home on 12901 Feliz Road, Hopland, CA at 1pm on Tuesday, February 24, 2015. Rosary will be at the Hopland Tribal Center on February 24, 2015 at 7pm. Funeral services will be at 1pm. Our beloved father and grandfather will be laid to rest at the Hopland Rancheria Cemetery.

To order memorial trees or send flowers to the family in memory of Smith Sr., Roger David, please visit our flower store.