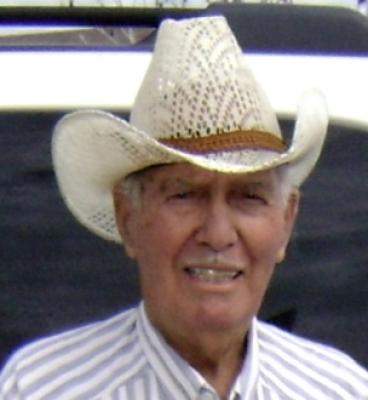 
Bob Spears passed away peacefully on Wednesday, July 15, 2015. Bob was born in Stratton, NE to Sherman and Flossie Spears on March 3, 1926. After attending Stratton High School, he moved to California and joined the US Navy, serving until 1954. After serving his country, Bob had many jobs and businesses throughout his working life – building and renting houses, managing a motel in South Lake Tahoe, working for the Southern Pacific Railroad, building State roads and dams with an earth-moving equipment business, to name a few.
Bob is preceded in death by his daughter, Shar Rice. He is survived by his wife of 40 years, Joan Spears, son-in-law Jim Rice, step-children Jan Anderson (Bill), and Tom Kerns (Cathy), eight grandchildren, Joshua, Jonathan, Jacob, Jimmy, Scott, Shannon, J.T. and Zak, fourteen great-grandchildren and many nieces, nephews and cousins in the Spears family.
A memorial service will be held in Boonville on August 1st. In lieu of flowers, donations may be made to the American Legion Post, Boonville, CA or the Anderson Valley Senior Center, Boonville, CA


To order memorial trees or send flowers to the family in memory of Spears, Robert "Bob" Ross, please visit our flower store.