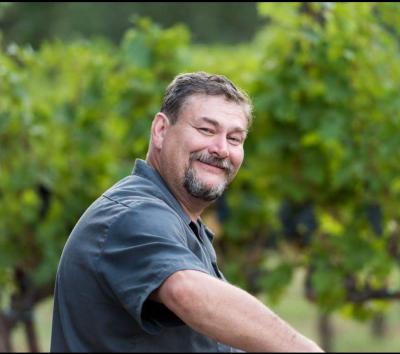 Obituary:
David Allen Stacy was born July 1, 1966 in Ukiah, California and was received by his Lord and Savior on June 20, 2018. He was a lifelong resident of this Ukiah Valley, touching hundreds of lives during his short 51 years. He met the love of his life at the young age of 17, and spent his remaining 35 years loving his Brendy, and his sons Derek Allen, Drake Andrew, and Dalton Aaron. Ohana means family, and if any one word could sum up this man, it would be family.
Dave’s work ethic was unmatched by human standards. He began serving at the Outpost Restaurant at the age of 14. Wendy’s was the next lucky franchise to get Dave, until he landed at Carl’s Jr. Restaurant where he successfully managed both the Ukiah and Clearlake locations until April 2014. Then, his dream job was realized when Thomas Lanning asked his best friend to make S’Wine Country BBQ & Gourmet Grill a reality. His passion for this company shined through every event; working with his wife and sons was one of his greatest joys.
An undeniable lover of the game of football, he loved watching all three of his sons play the game. He also coached the sport with Pop Warner Football, Ukiah Youth Football and Cheer, and Ukiah High School. Forever a 12th man, all who knew Dave knew his lifelong Seahawk affiliation which began with their debut into the NFL in 1976.
David accepted Jesus Christ as his personal Lord and Savior as a young boy at Trinity Baptist Church in Ukiah, but in 2004 he led his family by example and joined Calvary Baptist Church of Ukiah where he served as Chairman of the Board and as a Deacon for many years. His love for the Lord was the core light we all knew to be our David. Quote from Dave found in his Bible:
1. Forgive always
2. Remember what God has done for us
3. God is in control
Brenda relates “We lived and loved 5 lifetimes in our 35 years together; our lives so interweaved you knew not where one ended and the other started.”
Dave is survived by his wife of 30 years, Brenda Stacy, sons Derek Stacy and wife Gina Stacy, Drake Stacy, and Dalton Stacy, parents Derry and Marilyn Hall, mother Norma McDaniel, sisters Freda Zody, DeeDee Hall Bright, Trisha McDaniel, brothers Travis Hall and wife Dawn Hall, Kyle Stacy, nieces/nephew, Walker Zody, Macayle Hibner, Sierra Burlison, James Burlison, Chirstopher Henry, William Henry, Joshua Hall, Kelsey Cupples, Hailey Drake, Dylen Hall, Emily Hall, Jacob Wilson, Christina Simmons, Tracy Ellison, Sarah Johnston, Kasha Guintoli.
Lifelong friends and family include Thomas and Shelly Lanning, Marvin and Norma Jarvis, Tim Saylor, Donnie Anderson, Bruce and Carolyn Heady, Ginger O’Shea, Debbie Chambers, Tina Heady, Barbara Babcock and husband Mike Babcock, Josh Heady and wife Sarah Heady, Robert Guintoli, and Pastor Donnell and family.
David was preceded in death by sister Elizabeth Hall, brother Darrell Hall, sister Rosie Grover.
Services will be held 11:00am on July 21, 2018 at Eversole Mortuary in Ukiah.


To order memorial trees or send flowers to the family in memory of Stacy, David Allen, please visit our flower store.