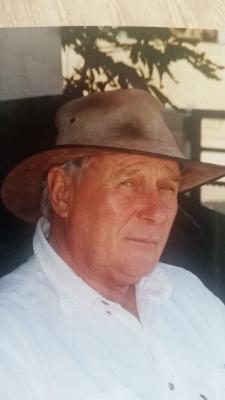 Peter was born in New York City in 1928, and grew up in Bronxville. After graduating from Nichols College in Massachusetts, he served in the United States Marine Corps during the Korean War (1950-1952). After being honorably discharged, he traveled to Oregon to learn the lumber business.
Peter moved to Ukiah in 1954 and met Robbie Anderson, the love of his life, who became his wife of over 60 years.
His great love of nature started when he was young and spent many summers at his family’s home in the Adirondack’s. Peter had many interests, but it was his appreciation of nature that lead to his two greatest hobbies: hiking and photography. In 2003 he published the book: “A Journey in Time” which showcased wildflowers and the various landscapes of Mendocino County. He won numerous awards for the book and over the years was recognized by Sunset Magazine and other publications for his extensive knowledge of the area he loved so much.
Peter had a great passion for life he was an excellent athlete and loved all sports. He was an All American football player at Nichols College and is in their Athletic Hall of Fame. He was a voracious reader, loved music, cycling, tennis, drawing, and writing. He had a great sense of humor and was very gregarious. He had friends of all ages and from all walks of life. He was a devoted father and family man.
Peter had a long and adventuresome life, he had multiple careers, all working for himself. In his early adult years he owned and managed a wholesale lumber company. After that he built and ran The Sunhouse Tennis Club along with a small tennis shop. He was a tennis coach and mentor to many kids and adults, who still to this day, remember his positive influence. Through the club, he developed many lifelong friends. His later years were spent working on his book and traveling throughout the county with Robbie by his side.
Peter passed away peacefully at home surrounded by his family and is survived by his children: Lindsey, Cameron, Brian and Shelby and grandson, Skyler.
Peter will be missed by all that knew him -- his spirit burned bright and his zest for life made the world a better place. To know him was to love him.


To order memorial trees or send flowers to the family in memory of Stearns, Peter Wallace, please visit our flower store.