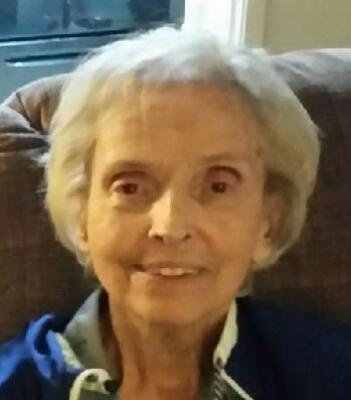 Obituary:
Jerri passed away on January 20, 2018 at the age of 84, after a long illness. She is survived by her husband, Norman Stenback of 63 years, sons Larry Stenback and Richard Stenback (wife Debbie Stenback) Ukiah, and granddaughter Macaela Stenback of San Luis Obispo, Ca. Jerri was born February 19, 1933 in West Virginia. She was the daughter of the late Robert and Gayle Shook. Jerri grew up in Cameron, West Virginia. After graduation, she worked in Data Processing before becoming a Home Maker. She and her husband traveled extensively all over the world. In addition to her parents, she is preceded in death by her sister Katherine Shook and brother Ronnie Shook. Other survivors include sister Rexine West, brothers Wayne Shook (wife Judy Shook) and Kenny Shook all of West Virginia. A private family ceremony was held at the Ukiah Cemetery on January 24, 2018. In lieu of flowers, memorial contributions may be made to American Heart Association, American Diabetes Association, Dementia Society of America, or church of your choice.


To order memorial trees or send flowers to the family in memory of Stenback, Geraldine Ruth Shook, please visit our flower store.