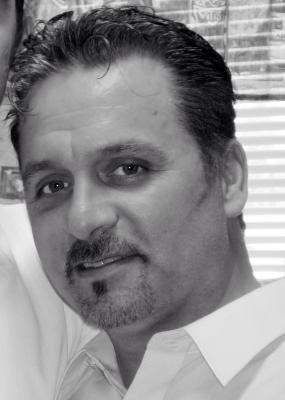 Obituary:
The world has lost a charismatic man and compassionate soul with the sudden passing of Alan Robert Stephens, age 46 from Emmett, Idaho. Alan died of massive heart failure on July 24, 2014 while on a work assignment in Pocatello, Idaho.
While maintaining a warm-hearted youthfulness and creativity, Alan grew to be a caring and wise husband, father, son, brother, uncle and friend. Those who knew and loved Alan were blessed by his humor, passion for life, and enduring love and loyalty. Alan was a handsome, confident man with a true, perceptive and loving heart. His light and life will be deeply missed
The biggest heartache of Alan's life was the passing of his twin brother, Douglas Charles Stephens in 1992. There were never two closer souls and, for this reason, Alan's remains will return to rest side by side with his brother in Ukiah, California. This brings great comfort to those who knew and loved Alan.
At the center of Alan's world was his beloved family who reside in Emmett, Idaho; beautiful wife, Tanya Jean Stephens, amazing son, Jordan Douglas Stephens, age 15 and precious daughter Maci Ann Stephens, age 10. Above all else, his family was his pride and joy. Also left behind are his loving parents, Charles Robert Stephens and Jeannie Ann Stephens of Potter Valley, California and his devoted siblings, Teresa Ann Ferrer of Portland, Oregon, Elaine Ferrer Ramirez of Petaluma, California, Robert Jay Stephens of Napa, California and Enrique (Rick) Ferrer of Anthem, Arizona. Alan's in-laws Karen and Jimmy Wood from Emmett, Idaho, brought much comfort and support, as well as many other extended family and dear friends.
Alan was extremely dedicated to his work with Auction.com and left behind so many close colleagues there. He managed to both build his career with long and frequent assignments away while also nurturing an incredibly beautiful and loving family at home.
What many may not know about Alan was he was an extraordinarily talented artist from an early age. He could draw anything and his art was both bold and humorous. Alan left many notes to his wife and children, often including a little drawing from his heart.
What many DO know about Alan is that he was an expert in all things sports-related! He was born and raised as a competitor in all things. He was an avid and accomplished football player in high school and currently is in second place in a fantasy baseball league, managed by his brother Rick in Arizona. If the universe curves in the direction of his children, Alan will win this year.
As Alan's remains will return to rest with his brother in California, and because he has so many close friends from high school that are grieving his loss, a celebration ceremony of Alan's life will be held on Sunday August 10, 2014 at 2:00 PM at the home of Larry & Judy Thornton on Powerhouse Road in Potter Valley. In lieu of flowers, donations dedicated to his family are greatly appreciated and can be made through http://www.gofundme.com/c3rlcg. Auction.com are generously doubling donations to the family through this fund.


To order memorial trees or send flowers to the family in memory of Stephens, Alan Robert, please visit our flower store.