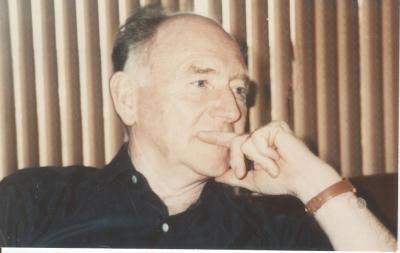 Obituary:
Raymond Albert Stephenson, served in the British Royal Navy.
He was Senior Past Master of the Eureka Masonic Lodge, Auburn California - a current member of the Ridgewood Lodge, Ukiah - a 60 year Mason, and a Ben Ali Shriner – Sacramento.
Raymond was unexpectedly called from labour, June 30th 2015, at his home in Redwood Valley.
He married Margaret Scott, in Saint Andrew’s Church, Helensburgh, Scotland. Margaret’s’ father asked only, that he take great care of his daughter, and Raymond lovingly did that for 61 years.
If you wish to remember him - go out and do a kind deed – Raymond would like that.
Fare thee well – my one true love.


To order memorial trees or send flowers to the family in memory of Stephenson, Raymond Albert, please visit our flower store.