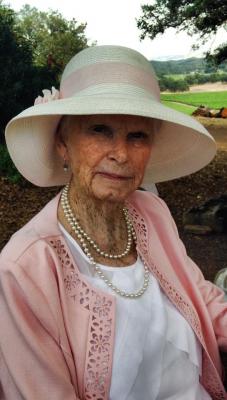 Obituary:
Born February 7, 1930, Lorraine passed away peacefully on Wednesday, December 18, 2019. Lorraine came to California at the age of 18 where she met and married Fred Tollini in 1948 they were married till his passing in 1980. They had three children and 20 acres of vineyard which is still owned by their son Alvin. Lorraine loved camping, hunting, fishing and gardening with her family. Lorraine became a nurse and worked at Ukiah Adventist Hospital for over 30 years, working contingent into her early 70’s. Lorraine later married Larry Steppe in 1990 till his passing in 2015. Lorraine and Larry enjoyed golf and traveling. They traveled often and played golf as they went, even traveling to Scotland to play on the very first courses. Lorraine was a member of the Ukiah Women’s Golf Club and Baywood Golf Club for many years, often chairing the local women’s golf tournaments. She fell in love with the sport and was very good. Lorraine lived “One day at a time” which is something she would quote often. She was an amazing mother, mother in law, step mother, grandmother and great grandmother. She will be extremely missed. It was a great life full of love and family. Lorraine is survived by her children Teresa Etter of Redwood Valley, Son Alvin (Sally) Tollini of Ukiah, Son Raymond (Tammy) Tollini of Redwood Valley, grandchildren Matt (Heidi) Tollini of Ukiah, Tania (Todd) Hansen of Alaska, Sophie (Jared) Kunde of Santa Rosa, Natalie Higley of Santa Rosa, Caitlin Estee (Chad) Ward of Montana, Casey (Krystina) Tollini of Redwood Valley, Stepchildren Verl (Cheryl) Steppe of Orgeon, Jenny Steppe of Colorado, grandchildren Brian (Stephanie) Steppe of Southern California, Jamie (Matt) Carley of Oregon, sister Nancy Meier of Oregon, 14 great grandchildren and many nieces and nephews. We would also like to recognize the many loving caregivers over the last 5 years for their caring support. A service will be held January 17, 2020 at 10:00 am at Russian River chapel in the Ukiah cemetery. Arrangements are under the direction of Eversole Mortuary. In lieu of flowers the family asks for contributions to Ukiah Hospice or a charity of your choice.


To order memorial trees or send flowers to the family in memory of Steppe, Lorraine M. Tollini, please visit our flower store.