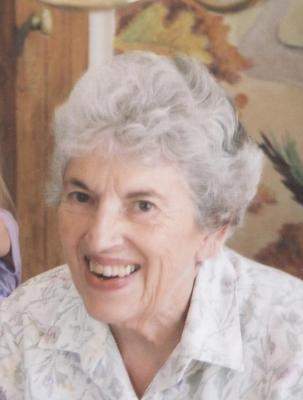 Obituary:
Helen Nancy Stewart passed away on September 24, 2014 at the Ukiah Health Center. Born in Potlatch, ID on Aught 25, 1920 to Nelson and Imogene Gilliam, Helen moved to Walla Walla, WA with her family when she was a child. She later met Donald Stewart, who became her beloved husband of 42 years. Together Helen and Don raised three children, Charles, Richard and Barbara. When her daughter was diagnosed with MS, she moved to Cloverdale, CA to assist Barbara and her family. Besides working most of her life in the Walla Walla school system, she volunteered in many organizations. In Walla Walla she was a life member of the Sunshine Club, president of the PTA, member of the Elks Lodge, active with Meals on Wheels, the Senior Center, and both the Central Christian Church and the First Congregational Church. In Cloverdale she was active in the Senior Center and a member of the United Church of Cloverdale. Above all, Helen loved her children, grandchildren and great-grandchildren. She was preceded in death by her husband, Donald and her daughter Barbara. She is survived by her sister Ruth Childers, Norfolk, VA, her sons Charles (Linda) Potter Valley, CA, Richard (Robyn) Olympia, WA. Grandchildren: K.C. Stewart (Mysty), Kelly Weaver, Melissa Stewart, Angela Koons (Jeff), Anthony Rosatti (Elizabeth) and Janiece Soriana. Stepgrandchildren: Nancy Witherell and Brian Witherell. Great-grandchildren: Nicole and Derek Weaver, Samantha and Kyle Stewart, Kendra, Spencer and Justin Soriana, Tyler and Emma Koons and Rylie Rosatti. Stepgreat-granchildren, Amy Casey, Wiley Bellen, Daphne and Bennett Witherell. She is also survived by many nieces and nephews. A Memorial Service will be held at the United Church of Cloverdale on Thursday, October 2nd at 1 p.m. An interment service will be held in Walla Walla, WA in early July. Donations in Helen’s name may be made to the Breast Cancer Fund at 1388 Sutter Street, Suite 400, San Francisco, CA 94109 or the National MS Society at 1700 Owens Street, Suite 190, San Francisco, CA 94158.
Eversole Mortuary in Ukiah, CA is in charge of arrangements.


To order memorial trees or send flowers to the family in memory of Stewart, Helen Nancy, please visit our flower store.