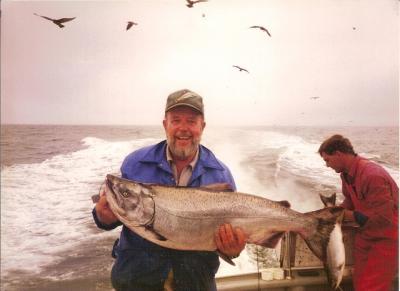 Obituary:
Eric L. Stolpe died on December 25, 2016 in Ukiah, California at the age of 78. He was born in Malax, Finland, August 5, 1938 to Elmer & Karin Stolpe.
In 1951 the Stolpe family came to the United States and settled in San Francisco.
Eric and Ann married on June 17, 1962 and raised 3 children: Krista Stolpe Finney (Don)
David Stolpe (Maria), Cheryl Stolpe Carter (Glenn). He was blessed with and adored his 7 grandchildren: Anastasia & Katrina Finney, Emma, Colin, & Lulu Stolpe, Grace & Isak Carter.
Eric leaves 3 sisters: Marianne Stolpe Hanson (Jim), Ann-Mari Stolpe
Kristina Stolpe Contreras (Paul)
He was very proud of his lifetime accomplishments: Recipient of the Pro Deo Et Patria Award as an Explorer Scout. He served in the U.S. Army Reserves from 1957 to 1965. He worked as a journeyman painter prior to joining his father, in the construction company of Stolpe & Son.
Eric and his family moved to the Ukiah area in 1969. The family became involved in the community life. Eric, as Stolpe Construction, sponsored little league teams. He served on the Ukiah Unified School District Board of Education & the Community Development Commission. The Stolpe family also sponsored awards for the Ukiah Fair and supported the 4-H livestock auction.
The family home was built in an existing vineyard which naturally led to another career of grape grower. The vineyard was expanded to additional acreage and this interest grew to a full time job.
Eric also had a passion for fishing. He could often be found on a charter boat leaving the Berkeley or Fort Bragg marinas in search of salmon, sturgeon or bottom fish.
A memorial service is planned for January 28, 2017 @ 11 am @ Grace Lutheran Church with a reception to follow.
The family requests that in lieu of floral gifts attendees at the memorial service bring non-perishable food items for contribution to the Ukiah Food Bank.
Monetary memorial donations may be made to Grace Lutheran Church, R.V. - Calpella Fire Dept., or Nor-Cal Ministries.


To order memorial trees or send flowers to the family in memory of Stolpe, Eric L., please visit our flower store.