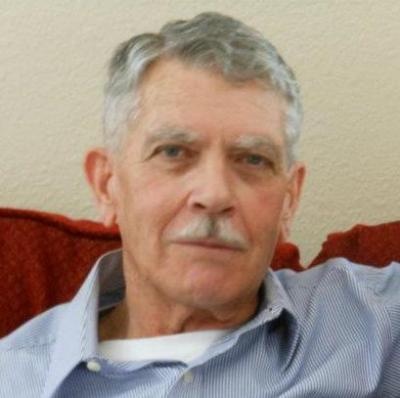 Obituary:
Noel W. Stoughton, a devoted family man passed away peacefully on February 22nd with his family by his side.

He was born in San Francisco in 1939 and raised in Ukiah, the son of James and Ruby Stoughton. He had three sisters, Cheri, Marilyn and Gail. He graduated from Ukiah High School in 1958 where he excelled in football, baseball, track and boxing. He met and married the love of his life, Karin, over 55 years ago while serving in the US Army stationed in Germany. They had two children, a son Kevin and daughter Diane.

He taught them to fish, hunt, appreciate nature, enjoy food, a love of travel, be thankful and kind to people. He was a devoted husband, father and grandfather who always put his family first.

He was a jack of all trades who knew a little bit about almost everything due to his love of books and reading.

He worked for the US Army Corp of Engineers for almost 40 years at Lake Mendocino.

He took extreme pride in his three grandsons, Austin Ryan (26), Alex (11) and Cooper (9) Stoughton and loved spending time with them teaching them how to build things, learn about nature and participating in all of their sporting events.

A memorial will be held at Eversole Mortuary on February 28th at 11:00am.

Donations in his name may be made to the Alzheimer’s Association, www.alzfdn.org


To order memorial trees or send flowers to the family in memory of Stoughton, Noel W., please visit our flower store.