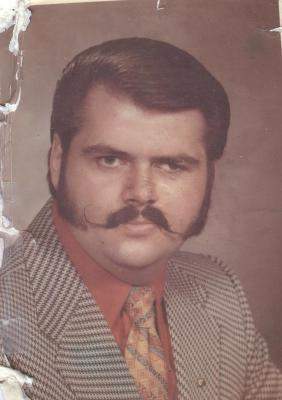 Graveside services for Michael Sunseri of Ukiah will be held on Wednesday, September 24, 2014 at 3 p.m. at Ukiah Cemetery. Mike passed away at his home on Sunday, September 21, 2014 with his family by his side.
Born July 7, 1948 in Ukiah, Mike graduated from Ukiah High Class of 1966. He was a salesman for Ukiah Valley Lumber and was a member of Ukiah Lions Club and Sons of Italy. His favorite quote, “You never listen – believe me now?”
Mike is survived by his wife of 35 years, Nancy Sunseri of Ukiah, daughter Helen Sunseri (Henry Frahm) of Ukiah, son Curtis Sunseri of Ukiah, grandson Noah Frahm, sister-in-laws Donna Costa (Gary Sr.) of Calistoga, Dianne Ingram (Tom) of Ukiah, brother-in-law Richard Phillips of Calistoga and numerous nieces and nephews.
Memorial contributions may be made to Pulmonary Fibrosis Foundation or Phoenix Hospice.
Eversole Mortuary is in charge of arrangements.


To order memorial trees or send flowers to the family in memory of Sunseri, Michael "Mike", please visit our flower store.