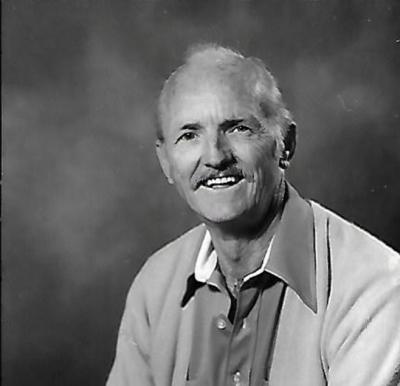 Obituary:
Robert F. Swan
Robert F. Swan, 94 passed away peacefully in the comfort of his home Friday, September 6, 2019. Bob was born in Omaha, Nebraska, November 11, 1924. He was preceded in death by his wife, Alice Clare Swan. While attending college in Sacramento he met and married Alice Clare in 1947. In 1949 they decided to move back to Ukiah, with its small town environment, to raise their family. Bob is a World War II Navy Veteran. He worked for Mendocino County, Environmental Health - Air Quality Control Department. He shared his time and expertise with several community organizations, serving as president of both the Ukiah Jaycees and the American Lung Association. He served as a Boy Scout Scoutmaster and a Little League Baseball Coach. He was a member of the Ukiah Garden Club and local Kiwanis Club. Bob was very proud of his Bonsai tree collection and would show them off to anyone who was interested. Bob remained friends with many of his children’s friends. Monday Night Football parties were common at the Swan home, where he and wife AC would entertain the younger crowd even long after his own kids had moved away. He is survived by his sons, Michael Swan of Irvine and Marty Swan of Colfax, and his daughter Rebecca Skrivanek of Oregon. He has ten grandchildren and nine great grandchildren. The Swan family would like to give a special thank you to Silvia Aguilera, Noemi Sanchez, Esther Sanchez, Elisa Sanchez and Graciela Robles. They have provided in-home care for about three years. Donations can be made in memory of Robert F. Swan to the Ukiah Garden Club, Hospice Adventist Health Willits, 100 Sanhedrin Circle, Willits 95490, or any other organization of your choice.


To order memorial trees or send flowers to the family in memory of Swan, Robert F., please visit our flower store.