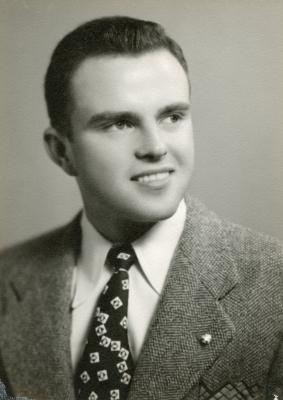 Obituary:
John P. (Jack) Sweeley, devoted husband, father, grandfather and great-grandfather
passed away on February 10, 2021 at the age of 94. The son of Frank and Helen Sweeley, Jack was born on September 2, 1926 in Fresno, California. Jack’s younger brother, Michael Sweeley, preceded him in death.
Jack spent his early years in Sonora, California. He enlisted in the U.S. Army toward the end of World War II serving for two years in the Army Air Corps in the Aleutian Islands. He graduated from U.C. Berkeley in 1950
with a degree in Forestry. Jack married his grammar school friend Margaret McConnell on December 27, 1950 in Columbia, California and they moved to Ukiah, where they lived their entire married life. Margaret passed away in November of 2016.
Jack is survived by his two daughters Martha (David) Bookout of Ukiah and Phyllis (Don) Mendel of Pacifica; four grandchildren, Emilee (Jon) Kaeser, Yoav (Audrey) Mendel, Sivan (Jeremy) Sasson, Amir (Adriana) Mendel, great-granddaughters Liat Sasson and Elya Mendel.
Jack began his career with Masonite Corporation in 1950, eventually working his way up to Chief Forester. He stayed on for 32 years with Masonite, through their transition to the Timber Realization Company, and eventually to L.P. where he worked as Head of Security until the early 1990’s. Jack went on to earn his A. S. in Administration of Justice in 1992. Since 1992, Jack worked as a consultant for Coastal Forestlands, Mendocino Redwood Company, and Soper-Wheeler Company, where he performed a variety of professional services.
Jack was also active with the Mendocino County Cooperative Aerial Fire Patrol, The Redwood Region Logging Conference, California Association of Resource Conservation, NorCal, SAF, CLFA, and as a Reserve Deputy for the Mendocino County Sheriff’s Department.
Jack was the recipient of many awards over the course of his career, recognizing his dedication, professionalism and ethics. He was honored under Assembly resolution #124 (Barry Keene) in 1987, recognized by the California Association of Resource Conservation Districts in 1981, the SAF Fellow Award in 1983, the S.S Greeley Forestry Award in 1986, Mendocino Reserve Deputy of the year in 1989, Certificate of recognition from the Secretary of the Interior in 1991, Public Service Award from the Mendocino Board of Supervisors in 1992, Achievement Award from the Redwood Region Logging Conference in1992, Honorary lifetime membership by Cal Alumni Foresters and CLFA Outstanding Forester Award in 2009. In 2012, Jack was honored by the Mendocino Redwood Company at Miller Ridge known as “12-mile” along the Masonite logging road, by the foresters, loggers, sheriff deputies and other resource professionals where they dedicated and named the ridge “Jack’s Point” in his honor.
Jack served as past president of the Ukiah Council for Camp Fire Girls and served as a Deacon at the First Presbyterian Church of Ukiah.
Jack shared his love for Yosemite National Park and the Eastern Sierra, spending time with his family during the summers, camping, hiking, canoeing and fishing. He also enjoyed taking motorcycle rides on the weekends. He shared his love for dogs, particularly his beloved Blue Healers.
The family is deeply grateful to the loving staff at Holy Spirit Residential Care Home and Hospice of Ukiah for their wonderful care and compassion.
A private graveside service will be held. Donations may be made in Jack’s memory to the First Presbyterian Church of Ukiah, Humane Society of Inland Mendocino, Hospice of Ukiah, Inc., or the charity of your choice.


To order memorial trees or send flowers to the family in memory of Sweeley, John Phillip, please visit our flower store.