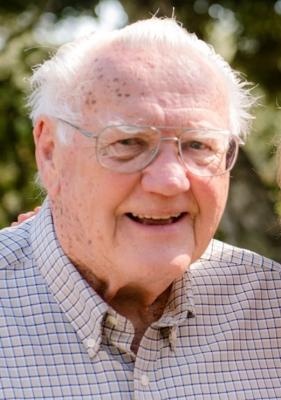 Lawrence Dale Tatman was born December 27, 1926, in Modesto, CA, to Alfred and Lillian Tatman. He was raised in Lodi before moving to Ukiah. Dale graduated from Ukiah High School where he was active as Student Council President, football player, drum major, trumpet player, and diver for the swimming team. Dale joined the Navy in 1945. During WWII he was stationed off China & Okinawa aboard the USS Antietam Aircraft carrier, where he worked on airplanes. Upon returning from the war, he married his high school sweetheart, Doreen Beasley. The couple lived in Willits where Dale owned a gas station. He then worked as an independent logging truck driver along with his best friend Harry Peters. Dale’s hobbies were racing hardtop cars traveling throughout CA and earning his pilot’s license.

Moving to the Santa Rosa area, Dale was involved in the community serving as a board member for Mark West School District, founding father of the Mark West Youth Baseball Club, and active member of the Optimus Club. Dale and his dad built cabinets at their shop on Wilson Street, which started his career as a general contractor, Dale was involved in building homes throughout Sonoma County. His last projects were homes in Honeybrook I and II in Rohnert Park.

Dale’s favorite past-times were many. He enjoyed hunting out of state with his sons and friends. A lake house on Clearlake provided an opportunity for teaching his grandkids how to water ski. Also owning property in Lake County became a favorite place for family and friends. Dale & Doreen belonged to The Apple Corp RV group where they traveled many states and gained many friends. Also travels to Ireland, Panama Canal, Sea of Cortez, Alaska, and Hawaii were among his favorites. Most of Dale’s retirement was spent working his Sebastopol apple orchard.

Dale is survived by his wife, Doreen, children Gary (Barbara), Dennis (Laure), and Kelly (Michael). He is preceded in death by his sister (Mildred), son (Rod) and grandson (Ben). Dale’s prized possessions were his ten grandchildren and sixteen great grandchildren.

Dale will be remembered for the stories, his quick wit and humor, memory of all life’s events, a strong work ethic, and love for his family.

Due to the pandemic, no service will occur. In lieu of flowers, donations can be made to Memorial Hospice of Santa Rosa on behalf of Dale Tatman. Arrangements under care of Eversole Mortuary.

To order memorial trees or send flowers to the family in memory of Tatman, Dale, please visit our flower store.