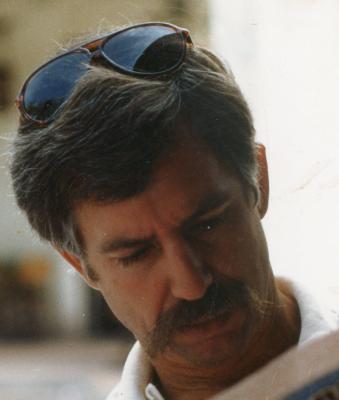 Obituary:
David O. Taxis was born in Orange, California in June, 1944 and died from pancreatic cancer in October, 2021 in Ukiah, California.
He was raised in the segregated suburban LA city of Downey, went to Cal Poly, Relands, and Stanford University(s) studying education during the idealistic and innovative days of the 1960’s. He helped begin an alternative elementary school (A.S. Neill) in San Luis Obispo, taught and “principaled” in California schools for 37 years and had a long and wonderful retirement.
He travelled extensively soaking up any new exotic culture. He spoke Spanish and enjoyed Latinos in work and play. With his family, he created a home that was a delight: with sculptures, paintings, garden, swimming pool, BQ, bright painted surfaces and flowers part of his daily life. He met the love of my life in the vineyard walking one day and they remained together for years (Lisa Ray). He adored family gatherings which were generally celebrated in southern California beach cities or at his home.
His greatest contribution was the kindness and hope shared with the poor, the dying, as well as close friends. He became a part of the Trinity Episcopal fellowship, lived part-time at the Catholic Worker House in Redwood City and was a member of Veterans for Peace. He wrote sports and special features for the Ukiah Daily Journal for 12 years.
He is proud of his kids: Paul, who resides on the streets of San Francisco, Teale of Kailua, Hawaii, and Noah of Mountain View/Ukiah.
He died at home amidst friends and family and is grateful to Dr. Mark Apfel and Frank McGarvey, therapist, and the death midwives for easing him through the transition from life to death. He rests in peace. Ashes to ashes.

To order memorial trees or send flowers to the family in memory of Taxis, David O., please visit our flower store.