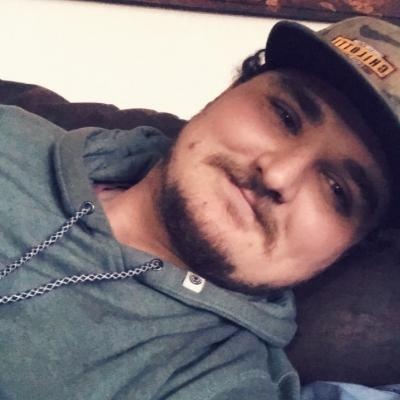 Obituary:
Our selfless, loving and goofy son, brother, uncle and best friend, Garrett Mathew Taylor, passed on August 22, 2020. Garrett was born on August 4, 1994 in Ukiah, California to parents Tammie Milligan and Bill Taylor.
Growing up Garrett played football for Ukiah Lions, baseball in little league and went on to play for Ukiah High School. He was an avid sports fan, always rooting for the San Francisco Giants and Da’ Chicago Bears.
Garrett graduated from Ukiah High School in 2012 and joined his father at OTS Welding before he worked for Ghilotti Construction. Garrett became self employed in 2018 after he received his contractors license.
Garrett loved all things except alarm clocks! He worked hard to spoil his friends and family. If you did not find Garrett at the shop, you could find him fishing, going to Shasta to snowboard, or hanging out with friends and family and shopping for unique things.
This handsome boy was always the life of the party entertaining everyone with his sarcasm and charm. He had the most distinctive and contagious laugh that sounded like he was gasping for air.
There wasn't a meal he was afraid to tackle, especially the seafood pasta at The Broiler or a blackberry milkshake at Ellie’s Mutt Hut.
Garrett is survived by his parents, Mother, Tammie Milligan; Step-Father, Darrell Miligan; Father, Bill Taylor; and Step-Mother, Debbie Taylor; his sisters, Nicki Taylor, Sara Anderson and Dayle Weiss (Nick); his brothers, DJ Anderson, Dan Milligan (Brianna), and Justin Anderson (Katie) grandfather, Roy Ricketts and multiple nieces, nephews, aunts, uncles, cousins and his unimaginable amount of friends.
Preceded by his grandmothers, Hilda Ricketts, Catherine Taylor; and grandfather, Earl Dean Taylor.
For those that did not know Garrett, he always wore his heart on his sleeve and was LARGER THAN LIFE!
A celebration of life will be held at a later date.

To order memorial trees or send flowers to the family in memory of Taylor, Garrett Mathew, please visit our flower store.