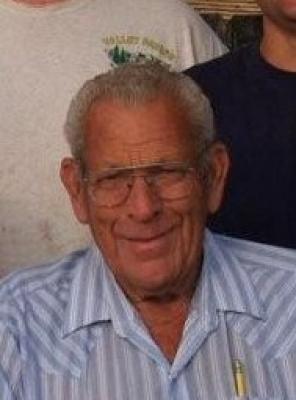 Obituary:
Oren Thompson, a long-time resident of Calpella and Redwood Valley, passed away on July 4th with his family by his side. He was born on July 18, 1932, in Phoenix, Arizona, to Charles and Mina Thompson. Oren was preceded in death by Gloria (Rovera) his wife and partner of 60 years.
Oren’s 60 years in construction began as a laborer with ABSCO Paving, later becoming Parnum Paving, where he became manager and retired after 20 years. His dream had been to start a family operated construction company with the help of Gloria and his children. Today Valley Paving continues to be a family run business as well as Thompson’s Party Rentals. Over the years Oren has contributed to the construction and maintenance of many of the roads in Mendocino and Lake Counties. His knowledge of the history of the County made for quite interesting stories. His work was his passion and though he was a mentor to many in the business, his greatest accomplishment and enjoyment was working with sons and grandsons
until he was ready to spend time in his woodworking shop. He was well known for hunting down wine barrels to create his popular artwork. Over the last two years he was able to revisit hundreds of miles of roads in the County. Many of them quite adventurous. He will be greatly missed for his love of his family, advice and priceless life lessons.
Oren is survived by children Kathy Ault, Jim Thompson and wife Lisa, daughter-in-law Pam Thompson, grandchildren Scott Ault and wife Andrea, Tim Ault and wife Danielle, Amy Lewis and husband Josh, Sara Pierce and husband Brad, Andy Thompson and fiancé Amanda Hiatt, Amanda Purcell, Darin Thompson and wife Amanda, Devin Thompson, great grandchildren Tyler and Dylan Ault, Lily and Adam Lewis, Tea and Dalila Ault, Trenten Purcell, Harper Thompson and Beau Thompson due soon. Also surviving Oren are brothers Richard Thompson and wife Charlene, Charles Thompson and wife Jeanne, and coffee partner and brother-in-law Buhl Hoover. He was preceded in death by son Michael Thompson, son-in-law Joe Ault, brother George Thompson and parents Charles and Mina Thompson. Services will be held at Eversole Mortuary on Friday, July 13th at 10 am. There will be a visitation from 4 pm to 8pm on Thursday, July 12th. Donations may be made in his memory to Ukiah Sons of Italy, Redwood Valley Calpella Fire Dept., NAMI Mendocino, St. Mary’s School Foundation or a charity of choice. Arrangements are under the direction of Eversole Mortuary.

To order memorial trees or send flowers to the family in memory of Thompson, Oren James, please visit our flower store.