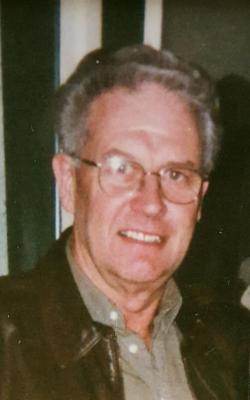 Obituary:
Rodger Elbert Tolman was born in San Francisco on December 29,1940 to
Elbert R. Tolman and Beth G. Tolman-Koskela. He died in Willits from a
heart attack on Wednesday, November 2nd.
Rodger’s life in logging mirrored the modern evolution of the industry,
which honored him with its prestigious Christiansen Award in 2014. This
award is given to a member of the timber industry in recognition of
their contributions to the industry, the community, and the history of
Mendocino County. Throughout the many years of driving his own truck,
Rodger gained the respect of all the loggers in the north end of the
state. He was always driving, if not in his logging truck, then in his
pick up with his favorite passenger, Deb, his Jack Russell terrier.
Rodger seldom, if ever, missed a day on the job, and was still self-
employed as a logging truck driver when he died. He routinely travelled as
many as five hundred miles in one shift, from very early in the morning
into the evening hours. In all his years on the road, he never had a
single accident.
A resident of Boonville from age of four, Rodger started driving a truck
for the late Kay Hiatt while still a student at Anderson Valley High
School. Shortly after graduating from high school, Rodger went to work
for J.D. Farrer, driving for Farrer until 1962 when he went to work for
Charles "Perky" Perkins, of Apollo Trucking, Boonville.
In 1975, Rodger bought his own truck and from then on was self-employed
until his death.
A personable man who looked much younger than his years, Rodger was
universally well-regarded not only in the Anderson Valley but far beyond
by woods workers up and down the Northcoast.
Along with the late Paul Hughbanks, Rodger was instrumental in the
formation of Anderson Valley’s Jr. Panther Basketball program, whose
graduates made Anderson Valley a small school powerhouse for the
decade 1975-85.
Rodger always enjoyed a close circle of friends, many of them from his
earliest years in Boonville and from his more than 60 years in the
timber industry. He was a huge fan of football, basketball, baseball,
and NASCAR, and especially loved watching his athletically talented
daughter, son and grandsons play sports in high school and college.
Devoted to his family, Rodger leaves a daughter, Rhonda Wright
(Lance); and a son, Jerry Tolman (Janie) from his marriage to Kathy;
grandchildren Kyle Wright (Ashley); Randall Wright; and Brittany Tolman.
Great grandchildren include Lacey, Savvi, and Trae.
Rodger was predeceased by his brother, Craig Tolman, but is survived by
his sister, Sharolyn Bierman (Don, deceased.) He is also mourned
by Carlos Estrada whom Rodger regarded as a second son.
Services are Saturday, November 12th at the Eversole Mortuary on Low Gap
Road, Ukiah, at 11:00 a.m. with a gathering of family and friends to follow at the
Testa Winery in Calpella. Rodger will be laid to rest in Boonville with a private family service.
As Rodger was a supporter of the Anderson Valley Historical Society,
the family requests that in lieu of flowers or other memorial
contributions, donations in his name be directed to the Society, PO Box
676, Boonville, Ca 95415.

To order memorial trees or send flowers to the family in memory of Tolman, Rodger Elbert, please visit our flower store.