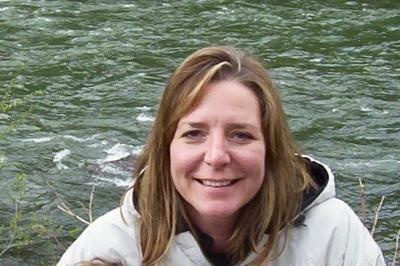 Obituary:
Cynthia Tucci of Redwood Valley, passed away peacefully in her sleep June 5, 2018.
Cynthia was born July 29, 1966. She is survived by her Husband Chris, son Evan, Parents James and Rosemary Lawton of Lakewood WA, and sister Bernice Lawton of Redmond WA.
Cynthia grew up in Washington State on the Puget Sound. Always loving the outdoors, her youth was colored with fond memories spending many years in and around the mighty Columbia River, chasing the salmon runs, camping and fishing with her family. In her early twenties she made her way to Southern California where she met her Husband to be, Chris Tucci in Dana Point in 1989. The two made their way to Mendocino County in 1990, where Chris began his career as a wood worker and Cynthia became a florist, and worked extensively with infants in foster care with Dr. Vincent and Shirley Valente. Chris and Cynthia settled in Redwood Valley, built their home, and then were married at St. Mary’s of the Angels Catholic Church in Ukiah CA. on August 11, 1995.
Cynthia was a loving wife and Mother who gave birth to their amazing Son Evan in 2001. She loved working with flowers and pottery, had a special connection to all of her animals and friends; but most of all, Cynthia will be remembered as a great soul who loved her family with all of her heart.
Services to be held at Eversole Mortuary, Monday June 11 at 3pm


To order memorial trees or send flowers to the family in memory of Tucci, Cynthia Ann, please visit our flower store.