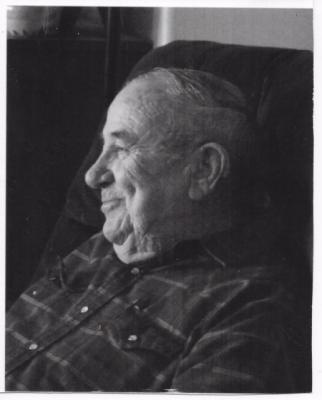 Willis Edward Tucker was born February 3, 1926, to Jess and Eula Tucker, in Hot Springs, Arkansas. He was their first of nine children. The family moved to Sweetwater, Texas, for a short time, however, most of his life was spent on the Meyers Creek family farm in Arkansas. In 1943, at the age of 17, Willis joined the Navy, serving in the Hebersiers Islands, the Mariana Islands, Saipan and Iwo Jima. He was wounded in early 1945, and was awarded a Purple Heart by the Department of Defense, before returning home at the end of the war.

Returning to Arkansas, he met Bobbie Lee Pennington, and they were married on October 14, 1946. They moved to California a year later with their baby daughter Barbara, and with Carnish and Pauline Vaughn Pennington, Bobbie's brother. They found work logging in Boonville, as did many of the southern families who moved to the valley in the late 40's, and early 50's. Willis worked for numerous logging companies throughout the valley, then later bought his first D6 Caterpillar, and went into business for himself, spending over 50 years working in the industry.

A viewing will be held on Friday, March 23, 2018 form 12-8 pm at the Eversole Mortuary. Funeral services will be held Saturday, March 24th, at 11:00 AM, at the Mendocino County Fairgrounds in Boonville, followed by a potluck gathering for family and friends.


To order memorial trees or send flowers to the family in memory of Tucker, Willis Edward, please visit our flower store.