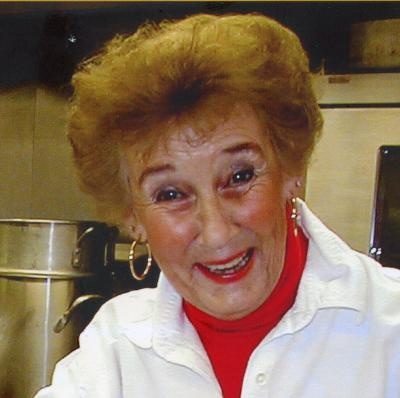 Obituary:
On Sunday August 5, 2018 Marie (“Rie”) Theresa Ullrich (Schnuettgen) passed away at the age of 92
Marie was born on June 18, 1926 in Defiance Iowa to August and Mathilda Schnuettgen with her 9 siblings on the family farm. She graduated from college and was a teacher in an Iowa country school, grades 1-8. Shortly after WWII she met Keith Anthony Ullrich at a local dance in Dennison Iowa. She later married Keith on 7/14, 1947 in Defiance Iowa. They raised 9 children: Scott, Vicki, Pete, Debra, Susan, Mary Pat, Kristin, Craig and James.
They moved the family from Iowa to California in 1950. The family lived in Santa Rosa until 1972 where they then moved to Ukiah California, presently living in her own home until she passed.
She worked at JC Penny in Ukiah until she retired as General Manager’s Assistant. Upon retiring she worked several years at the Ukiah Senior Center including the center’s Thrift Store as a volunteer, which she fondly called her “favorite store”. In her retirement she enjoyed international travel and was an avid bridge player.
As a mother, she passed on her hard working, self-reliant farm ethic to all of her children.
Her favorite phrase was “be good”.
She had very strong feelings about her children’s education and sacrificed time, energy and fun to ensure her children had opportunities to engage in physical activities, especially competitive sports.
Predeceased by Husband, Keith in 1993. Son, Pete in 1968. Daughter, Mary Pat in 1999
She will always be remembered for her dry wit, potato salad, meat loaf and corn bread stuffing.
Marie is survived by her sister Rita Langenfeld and her remaining 7 children, 13 grandchildren and 11 great grandchildren.
Marie’s memorial will be set at a later date by the family. In lieu of flowers Marie would be pleased if you donated to the Ukiah Senior Center at 495 Leslie Street, Ukiah California 95482. Please include Marie’s name on your donation.
Marie lived a long, fulfilled happy life. She had her share of sufferings and joys, but most importantly she raised her children to be loving, kind and generous people. Marie held a special place in her heart for her family roots in Iowa and was always thrilled when she was able to return to the family farm.
With conviction and hope, Marie was forever building a character of inner dignity and strength.


To order memorial trees or send flowers to the family in memory of Ullrich, Marie Theresa, please visit our flower store.