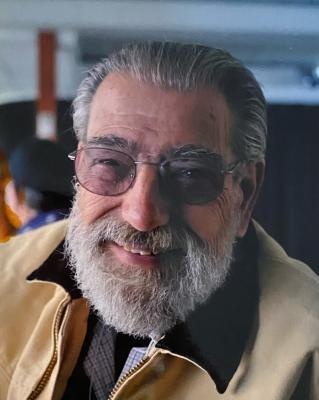 Obituary:
Dr. Vincent P. Valente, 79, passed peacefully at home on December 8, 2021. He is survived by his beloved wife of 56 years, Shirley, his sister Alberta (Gueli), brother-in-law Paul Friday, and sister-in-law Joanne Hazes. Known to many as “Doc” or Papa Vince, he leaves his cherished children to carry on his legacy: Bill Gallagher, Kristin, Gina (Valente-Moore), Anna (Huey), Jeremy McVicar, John, Candace (Jayne), Joe, Brian, Cecily (Stout), Michaela, Catherine, and hundreds of Mendocino County foster children; 15 grandchildren and one on the way. He is preceded in death by daughter Michelle.

Dr. Valente arrived in Ukiah in 1975 in a “hippie mail truck” and joined Doctors Cook and Massengill to practice in the original Ukiah General Hospital at 564 South Dora Street. Dr. Valente was attracted to Ukiah for the outstanding caliber of the physicians serving this rural area who were comfortable wearing work boots to hospitals rounds. He said, “this is the place for me”.

Dr. Valente was a veteran who served in the Army medical corps for 10 years. Also an accomplished marksman and gunsmith, he was extremely proud of his hospital rifle teammates that he coached to win the rifle competition at Fort Hood, Texas. Over the years he was joined by his Army buddy, Dr. Lawrence Hartley and together they powered a vital Obstetrics and Gynecology practice that pioneered the introduction of nurse midwifery to our community. They also had fun facing off as opposing attorneys in the Mendocino College production of the play “Witness for the Prosecution” at the old Circle K Theatre. He delivered the babies of the babies he delivered and continued to practice gynecology until his death. He counted so many of his patients as his friends.

He was a blue collar man at heart. He could always be found in the hospital engineering department while waiting for babies to be born. His loved his hobbies. From gunsmithing to model airplanes, woodworking to vintage car restoration, his garage was well attended by his many generations of children and their friends. He loved cooking up Italian feasts and there was always an open door and an open seat at the table for friends and the hundreds children he fostered over his 32 years as a foster parent.

The family will receive friends and the community wishing to celebrate his life at Eversole Mortuary on Sunday, December 12th beginning at 11am. Bring your best “Papa Vince” or “Doc” story to share. In lieu of flowers, donations can be made to Team Uncle Joe at www.teamunclejoe.org/donate, a non-profit supporting children born with congenital heart disease founded by his son Joe.


To order memorial trees or send flowers to the family in memory of Valente, Vincent P., please visit our flower store.