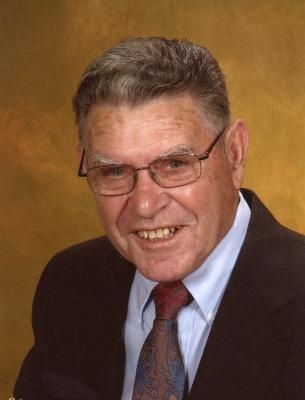 Obituary:
Leno George Valentini, 94, of Ukiah went to be with his Lord surrounded by his family. Leno was born February 2, 1925 on Clara Avenue in Ukiah, California. He was happily married to his devoted wife Shirley of 53 years. Leno is predeceased by his two sons, Mark and Michael Valentini and his brothers Albert, Mario, and Robert Valentini. Leno is survived by his beloved sister Marie Myers (Charlie), his daughter-in-law Gale Valentini, his son Marc Myers (Deborah), daughters Monica VanCamp, and Michele Norbury (Bill). He is also survived by his grandchildren, Billy Norbury, Brandon Norbury (Angela), Jason Myers (Julie), Brian Myers (Melissa), Jessica Runas (Marian) and Ariana VanCamp (Larry Pinnegar), 14 great grandchildren and many nieces and nephews.
Leno served in World War II, 47th Infantry Regiment of the 9th Division. He received as a result of his faithful service the World War II Victory Medal, Meritorious-unit Award, European African Middle Eastern Campaign Medal and Good Conduct Medal. Since his honorable discharge in 1946 he lived in Ukiah the remainder of his life.
Leno was a gentle warrior who was a compassionate, loyal, selfless, and devoted father. His hobbies were gardening, fishing, hunting that he loved doing with his children and grandchildren. To others he was kind, loving, compassionate, and never met a stranger. We thank God for him and the time he gave us, and he will be greatly missed. To us Ukiah has lost one of her greatest sons.
Services will be held at 11am on Saturday, February 23, 2019 at Eversole Mortuary.
Donations can be made to: Ukiah Alumni Association in Memory of Leno Valentini:
UHSAA
PO Box 1736
Ukiah, CA 95482


To order memorial trees or send flowers to the family in memory of Valentini, Leno George, please visit our flower store.