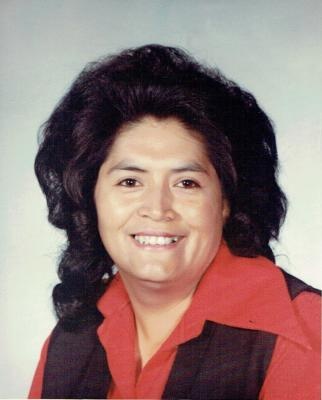 Obituary:
Carol Frances Vedolla (Feliz) passed away peacefully with her family on July 24, 2019. Carol was born in Ukiah, CA on April 26, 1940 to Mandy Knight Feliz and Necho Feliz, Sr. She attended Hopland elementary school and graduated from Ukiah High School. Carol was a lifelong resident of Ukiah where she worked as a teacher’s aide for the Ukiah Unified School District for seven years and later a housekeeper. She was a member of the Hopland Band of Pomo Indians, devoted parishioner of St. Mary’s Catholic Church, and enjoyed fast pitch baseball games.
She was a mother of three daughters Valerie and George Frank, Annette Vedolla- and Elliot Olivarez and Julie Vedolla- and Efigenio Fuentes. She was the youngest of ten children and is survived by her sister Esther Lockhart and brother Necho Feliz, Jr. Carol had three grandchildren Monica Vedolla, Jaime Fuentes, and Elena Fuentes- and Erick Guerrero. She is preceded into rest by her mother, Mandy Knight-, father, Necho, sisters, Ruby Pollard-, Catherine SanDiego, Elizabeth, Theresa and brothers, George, Robert, and Leslie Feliz.
Viewing will begin at 4:00 pm and recitation of Rosary will follow at 6:00 pm on Tuesday July 30, 2019 at Eversole Mortuary.
Funeral procession will be held at 1:00 pm on Wednesday July 31, 2019 at Hopland Rancheria Cemetery

To order memorial trees or send flowers to the family in memory of Vedolla (Feliz), Carol Frances, please visit our flower store.