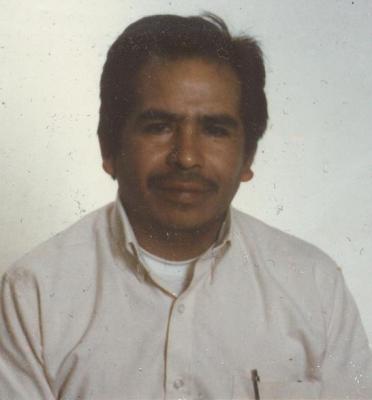 Obituary:
Ernesto Villalobos, 66, of Ukiah passed away Saturday, June 6, 2015 at his home with his family present. Ernesto was born in Teocaltiche Jalisco, Mexico, December 15, 1948.
Ernesto lived in Ukiah for the past 43 years. He was a mill worker who was proud for living the American dream and of his family. He loved baseball and was a baseball coach for North Ukiah Little League, Pony & Colt League. His family will always remember him as a hard worker.
He was a wonderful man, loved by everyone and such a hard worker. He was the type of man that would leave his keys in his truck. He would say “If someone steals it they need it more than me.” He was the best father-in-law that anyone could have asked for. He was the best!
Ernesto is survived by his wife Maria Socorro Villalobos, daughter Esmeralda Villalobos Callahan of Ukiah, sons Ernest Villalobos Jr. of Sacramento, Ignacio Villalobos of Sacramento, Eduardo Villalobos of Ukiah and Victor Villalobos of Ukiah, sisters Ignacia Villalobos and Concepsion Villalobos, grandchildren Jax, Raquel, Giuliana Callahan. Ernesto was preceded in death by his parents Ignacia and Pablo Villalobos.
A viewing will be held on Wednesday, June 10, 2015 from 9:00 AM through the Rosary at 4:00 PM at the Eversole Mortuary. A funeral mass will be held on Thursday, June 11, 2015 at 11:00 AM at St. Mary’s Catholic Church.

To order memorial trees or send flowers to the family in memory of Villalobos, Ernesto, please visit our flower store.