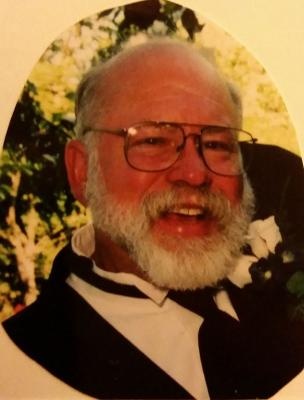 Obituary:
Noble Frederick Waidelich Sr., age 72, passed away at home on April 11, 2018. At his side when he passed was his beloved wife of 49 years, his two adult children, and his dog, Willie. Noble was born on January 19, 1946 in Bethlehem, Pennsylvania, to parents Thelma Mae Waidelich (Masenheimer) and Frederick Waidelich. When Noble was five, his father passed away; Noble’s mother remarried Paul Schadt, and in 1952, the family moved to Southern California where Noble grew up, attended school, and developed life-long friendships. Noble met his future wife, Nancy, in the summer of 1968. The couple was married on March 9, 1969. In 1978, their first child, Noble Jr., was born. In 1979, the family moved to Ukiah, along with Noble and Nancy’s widowed mothers. A year later, daughter Amanda Lynn Waidelich was born. To support his family of six, Noble Sr. worked hard as a Registered Respiratory Therapist, while also establishing the local business, R.A. Medical Company, which served Mendocino County for over 30 years. Additionally, Noble Sr. served on the Potter Valley Unified School District Board for 16 years while also assisting the school’s sports teams. Additionally, Noble was an avid woodturner and volunteered as the Potter Valley 4-H Woodworking leader for several years. In March of 1995, he helped found the Redwood Empire Woodturners group, which is still active today. He was most proud of his son and daughter, both of whom serve their communities with honor, integrity and hard work. Noble was preceded in death by his father, Frederick Waidelich, step father, Paul Schadt, and his mother, Thelma Waidelich Schadt. Noble is survived by his wife, Nancy Eileen Waidelich (Edmester), his son, Noble F. Waidelich, Jr., his daughter-in-law, Laura Waidelich (Kucz), and his granddaughter, Olivia Jaide Waidelich. He is also survived by his daughter, Amanda Lynn Hult (Waidelich) and her husband, Aaron Hult, as well as his grandsons, Aidan Noble Hult and Amiel Daniel Hult. At Noble’s request, a Celebration of Life will be held in lieu of a funeral. The Celebration of Life will take place May 12th beginning at 1 p.m. at the Potter Valley Rodeo grounds. BBQ fare and beverages will be provided; if you wish, please feel free to bring a side dish. Most importantly, bring a memory of Noble to share. Our goal is to honor the memory of this truly amazing human being.


To order memorial trees or send flowers to the family in memory of Waidelich Sr., Noble Frederick, please visit our flower store.