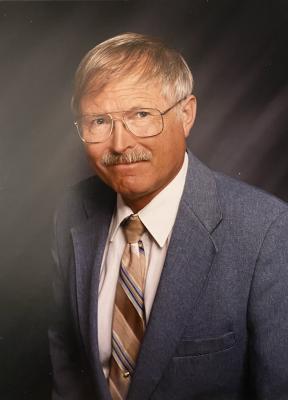 Visitation Information:
A memorial service will be held on December 19,2020 at 2pm. It will be virtual if you care to attend please send your email to pat.wallace3900@gmail.com and a code will be given to you.

Obituary:
Adrian Robert Bartley Wallace was born December 14,1944 in Norfolk, England. He died on November 12, 2020, in Ukiah, CA. at the age of 76 as a result of a series of strokes. He was currently residing at the "Redwood Cove Care Home" there.
Adrian had a happy childhood growing up in Humboldt County in the small town of Redway, CA. He attended South Fork High School in Miranda which was the same school that his uncles and father attended as well as his siblings and later his nephews. He had a passion for the ocean all of his life. He spent many happy hours fishing and camping at Shelter Cove and in the Fort Bragg area, with his family and friends. Adrian loved the outdoors and relished the time he spent there. His hobbies included hunting and fishing. In later years Adrian became an avid gardener and kept the family well supplied with his home grown produce. He was also a great cook and enjoyed replicating his mother's "famous" potato salad.

Adrian and Pat lived in Booneville for a few years before moving to Ukiah. Adrian was a hard worker and started "World Carpet Cleaning" (now "World Services). He became a general contractor who was proficient at floor installation, black mold remediation and cleaning up smoke and water damage. His partner and dear friend Devereaux(Nathan) Cash still operates this business.
In February 1968, Adrian married the love of his life, Patricia Dawn Moore. Adrian is survived by his two beautiful daughters and their families. Daughter Tena Wallace and her children John Doering and Amanda Stewart (husband Kevin) as well as Amanda's children, Adrian's great-grandchildren, Emilee, Clayton, Alaina and Natalie. Daughter Cherise Wallace Stewart (husband Adam). He is also survived by sister Laraine Kendall and her daughter, Adrian's niece, Stephanie Crane (husband Kevin). Brother Tom Wallace (wife Wendie) , nephews Brent Wallace(fiancé Kaelyn), Brandon Wallace (wife Maria) and great nephew Grant Wallace. He was proceeded in death by his dear parents William Bartley and Ena Wallace as well as by his brother-in-law Leroy Kendall. Adrian also leaves behind many friends who loved him deeply.
As one of Jehovah's Witnesses Adrian looked forward to the fulfillment of Revelation 21:4 "God will wipe out every tear from their eyes, and death will be no more, neither will mourning nor outcry nor pain be anymore. The former things have passed away".

To order memorial trees or send flowers to the family in memory of Wallace, Adrian Robert Bartley, please visit our flower store.