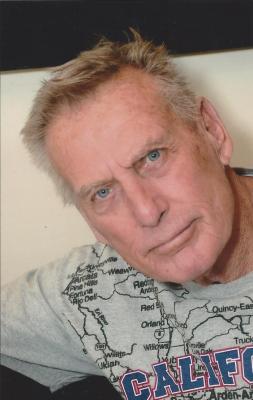 Obituary:
Robert Cecil Wallis (March 17, 1943 - December 25, 2015)
On December 25th, 2015 Robert Cecil Wallis passed away in Redwood Valley, CA with his family and his companion by his side. He was born on March 17th, 1943 in North Hollywood, CA to Marvin and Gladys Wallis. He is survived by his children Robert Cecil Wallis, Jr. (Kara), Richard Wallis and Marsha Harrison (Joel). He is also survived by his brothers, Ron and Roger Wallis. His surviving Grandchildren are Robert Cecil Wallis III, Michelle Wallis, Ashley Barney, Brandon Harrison and Katie Taylor (Bryan). He also had numerous great-grandchildren, including Faith, Preslee and Jameson Barney, Kaylah Harrison, and Makenzy and Tessa Taylor.
Bob moved to Mendocino County around 1957 and later had an extensive career as a foreman at Crane of Ukiah, working there for 24 years of his life. He built numerous buildings that are now part of Ukiah’s history, including the City of Ukiah Civic Center and the Movie theatre. Bob and his wife, Lois, owned and operated the Oaks Café in Yorkville, CA for many years prior to their full retirement and beginning of their travelling adventures. They extensively toured the United States, Mexico, Canada and Alaska. During his travels, he enjoyed collecting different types of rocks, fossils and cactuses. He had a true passion for traveling and the outdoors and wanted to pass that on to his children, grandchildren, and great-grandchildren. Throughout his life his family was always the most important and he cherished every moment he had with them, as did they.
For the past four years, he travelled with his lifelong friend and companion, Sally Tatum. They travelled the United States, Mexico, and Europe. They went on cruises with friends and family. They truly enjoyed each other’s company after both losing their spouses to illnesses in previous years.
During his short illness he was primarily cared for by his companion Sally and his son Ricky. Close by was his daughter Marsha and his son-in-law, Joel. He had many visitors to keep his spirits up including grandchildren, great-grandchildren, Sally’s extended family and many caring friends.
He is predeceased in death by his parents, his wife of 34 years, Lois M. Wallis, infant son and sister-in-law, Maggie Wallis.
A Celebration of his Life will take place at a later date.

To order memorial trees or send flowers to the family in memory of Wallis, Robert Cecil, please visit our flower store.