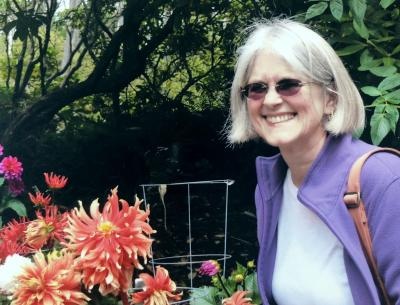 Obituary:
Gloria Walter,74, Philo California died early morning November 13, 2018.
She was born May 2, 1944 to Gloria and Ashley Kroterfield in Puerto Rico. Gloria graduated from San Francisco State University in 1966 where she met her husband Gerald “Jerry” Walter. She became a dedicated bilingual elementary school teacher and taught in San Francisco until retiring in 1999.
Upon retirement Gloria and Jerry fulfilled their lifelong dream of living in the woods and moved full-time from San Francisco to Philo, California.
Gloria was an avid reader who enjoyed computers, gardening and spending time with her family. She was a member of the Anderson valley Hort. Club
Gloria is survived by her loving spouse Jerry, her two children, Jill Guerrero (Ricardo) and Ansel Walter (Wendy). She is also survived by her granddaughters Raquel (Noel), Jacqueline, and Sabrina and her grandsons Jimmy, Wyatt and Enrique.
In lieu of flowers, the family is requesting that donations be made to:
Hospice of Ukiah
620 South Dora, Ste 101
Ukiah, CA 95482
No services are planned. We ask that you remember Gloria for her Cheshire smile and twinkling blue eyes, her easygoing chats with family and friends, and for the love she had for us all.


To order memorial trees or send flowers to the family in memory of Walter, Gloria Elizabeth, please visit our flower store.